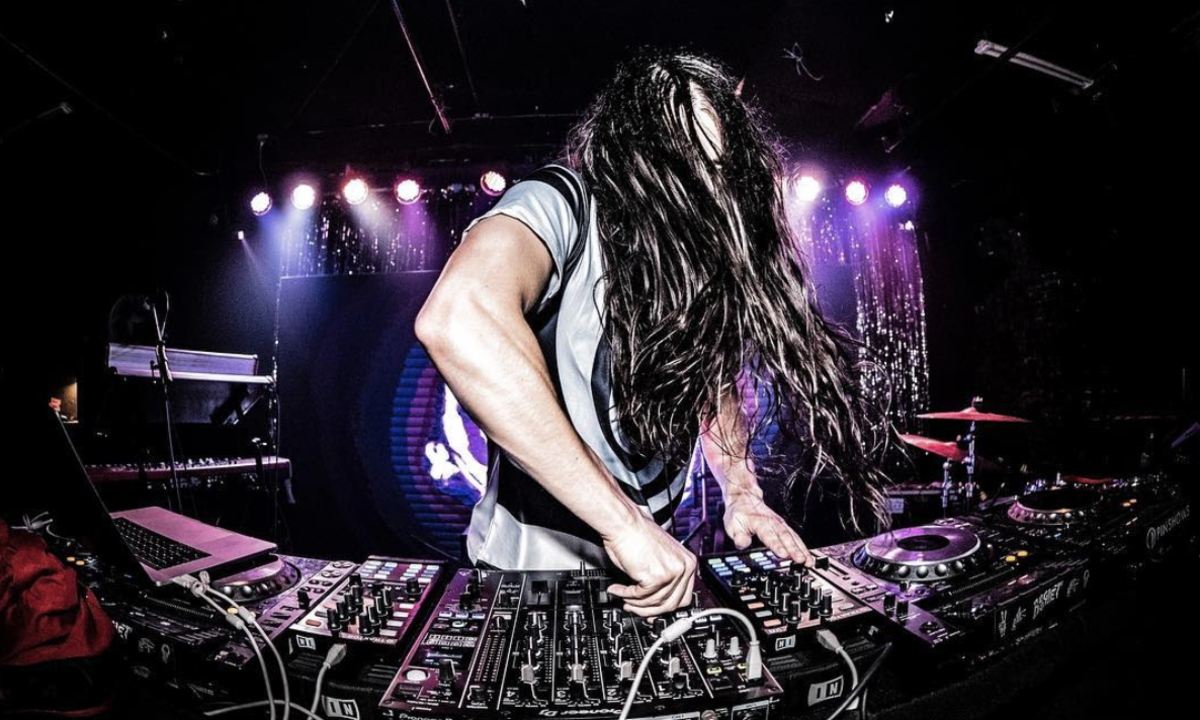 Music's ability to move the masses is best gauged with a live audience whose energy and response are instantly palpable. Despite the scarcity of mass-attended events and opportunities for this macro-feedback, Colorado-based electronic artist Mersiv has proved unrelenting as he continues to unfurl a plethora of new music for fans.

Today, the producer has premiered an emphatic new track, "Bermuda's Triangle." The single is his seventh release since September, a span that has accelerated Mersiv's status as one to watch in the modern day bass scene.

Since 2015, The Mersiv Sound Project has matured from promising up-and-coming act to marquee performer on the festival and touring circuits. He's channeled his unique, “pretty-dark-loud” style of bass music to crowds at Electric Forest, Shambhala, Coachella, and Okeechobee Music Festival, among others. Recently, he had the chance to perform for intimate audiences at ReVibe Retreat, as well as several drive-in's alongside Manic Focus, Smoakland, Mystic Grizzly, and CloZee. With the end of year in sight, Mersiv's focus has now shifted to releasing and crafting even more while he awaits larger audiences.

In September, he kicked off this stretch with the Paradise EP. After self-releasing a downtempo track, "Osmosis," in October, Mersiv followed that up with a behemoth double-feature on Halloween, the jarring Hypnos EP, and a GATZB collab called “Día de los Muertos." Each hard-hitting release only seems to add to his diverse catalog and has progressively intensified in sound design.

"Bermuda's Triangle" picks up—if not takes off entirely—with this vigorous direction. The song begins with inquisitive synths swooping in, a signature for Mersiv's synthetically charged soundscapes. An electrifying bassline powers to life at the 51-second mark, which funnels the listener to an emphatic drop only a few moments later. Mersiv possesses an uncanny ability to immerse listeners with his ever-evolving sonic talent, and "Bermuda's Triangle" showcases his polarizing potential as a sonic creator.

Check out the video for "Bermuda's Triangle" below.