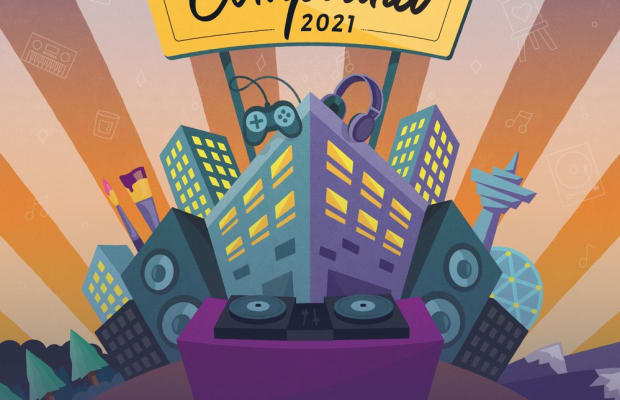 The diverse compilation features eight tracks, infused with the talents of 14 artists including The Funk Hunters, Kotek, Defunk, and Akylla, among others. Nearly all of the artists featured in the album will also be performing at Monstercat Compound in Vancouver this Saturday, September 18th.

""We are thrilled for Monstercat and Westwood’s debut collaboration," said Westwood Recordings founder and CEO Nick Middleton. "It’s a joint effort that’s been waiting to happen, and having the opportunity to curate the finest up and coming Canadian talent in the electronic scene and deliver it together not only as a compilation, but also a live event at Compound 2021 is an incredible win for both our label and the artists we represent.”

Since its inception in 2013, Westwood Recordings has evolved as an independent label known for hosting the next generation of electronic stars. The diversity of Westwood's roster is showcased in the intricate composition of the new multi-genre compilation.

Compound 2021 kicks off with a dominant tune by The Funk Hunters and Vancouver Island native Kotek. With its bobbin' bassline, crisp percussion, and edgy synths, “Tonight” is the ideal soundtrack for a roaring block party. Singer-songwriter, producer, and classically trained multi-instrumentalist Akylla keeps the momentum alive with "Someday," a riveting breakbeat track.

"Sacrifice" sees Defunk and ero808 reunite for an experimental single with soundscapes that take listeners on a journey through cascading basslines and brisk synth work. Next up, frost and ill-esha "call you out" with their otherworldly, spacey sonics. So Sus, Maazel, and Madeline Duke deliver moments of melancholy in "Not Me" before Compound 2021 winds to its close with "Breathe" by Smalltown DJs and Lisa Lobsinger and Sivs' "Stay With Me," among others.

"The compilation was created to celebrate the incredible talent that Canada has to offer with our global community," Monstercat’s Director of Music, Orri Sachar, explained in a statement. "I am thrilled to be collaborating with Westwood Recordings on this project, as the impact that they have made on the West Coast electronic music community was a real inspiration for me when I first started working in the industry.”

Compound 2021 is out now and available here.