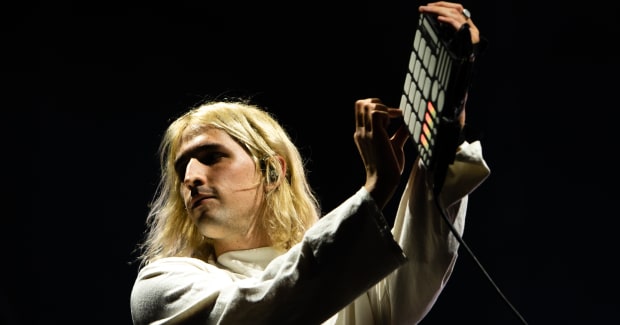 Porter Robinson has been chosen to soundtrack one of League of Legends' most beloved events.

Out now on Riot Games' flagship title is the return of Star Guardian, an in-game event that alters the lore of the popular MOBA game. According to a report from Polygon, the event series transforms some of the characters into cosmic-powered high school kids who have to save the universe. Seeing as this is one of the biggest happenings of the year for their international fanbase, Riot Games has recruited the help of Robinson to produce this year's Star Guardian anthem.

Fans recently noticed a link to Robinson's website in the announcement trailer for Star Guardian 2022. While no details were shared at the time of the announcement, considering the fact that Robinson is a known League of Legends fan and has competed in one of their tournaments, the collaboration made a lot of sense.

Now, the wait is finally over and fans and players alike can experience "Everything Goes On" for themselves.

Keeping with the trend started on his most recent album, Nurture, “Everything Goes On” is an organic, vocal-driven offering. Fueled by uptempo drums driving a steady beat, a somber piano gives way to aching lyricism from Robinson, telling the story of loving someone even when they don’t feel like they deserve it.

In addition to the single and music video, those who play the game will be able to unlock in-game items and experiences inspired by the limited-time event, per Polygon. This includes 12 new character skins and a narrative-driven adventure mode. The event will also cross over into Riot Games' mobile game, League of Legends: Wild Rift and their digital trading card game, Legends of Runeterra.

You can learn more about the in-game event here.