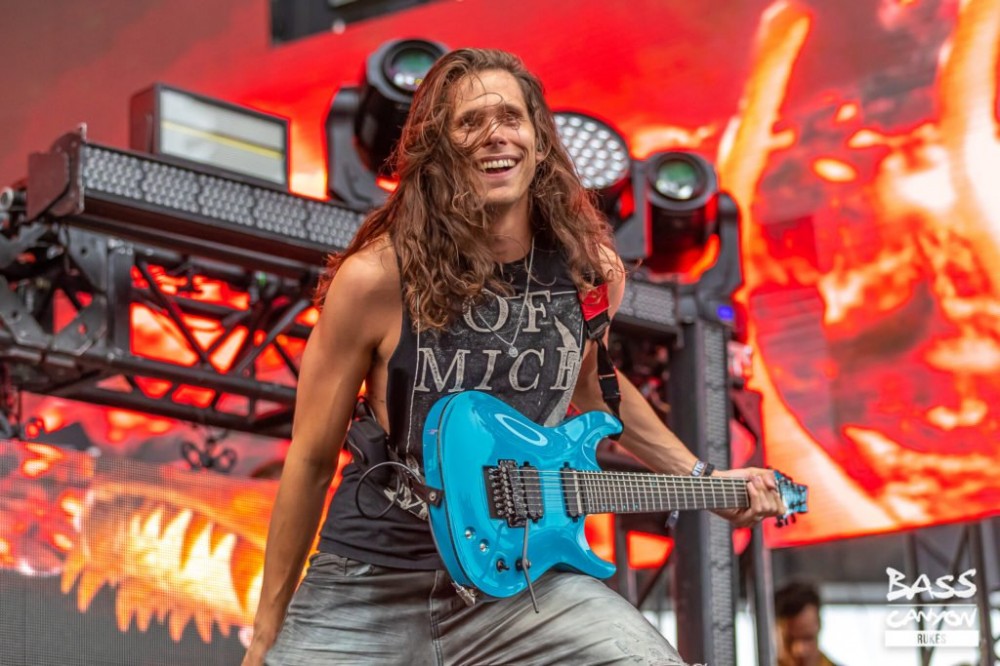 Sullivan King and Kayzo have a bunch material together due out in 2020, including a joint remix “Helena” by My Chemical Romance. But the first to drop is a Sully remix “Alone” featuring Our Last Night, from Kayzo’s latest album.

“Alone” was the lead single f Unleashed when Kayzo first announced it in 2019, so it holds a bit a special place on the album. (Not to mention it’s also the first song on the album.) So when Sullivan King got his hands on it, you can bet he treated it right.

The remix starts just as the original did, but the first drop goes a much heavier bass route than the more instrumental direction Kayzo took. It’s wild and brash, exactly what we’d expect when someone tells you “Sullivan King remixed Kayzo.” But, it’s the final drop that really brings the metal into the equation, with intense guitar, drums, and screams.

“I’ve known Hayden (Kayzo) for as long as I’ve been in music and having seen what he’s done for our style music and how he’s helped bring it beyond the EDM vein and into a more mainstream light is so awesome. He and I both come from the same background music and that’s why I’ve personally had such a connection with his music and sound. I really am just happy to see how this scene metal/rock and dubstep has progressed so fast, and wanted this remix to just keep propelling that vision I think we both have” – Sullivan King

Check out the remix below!