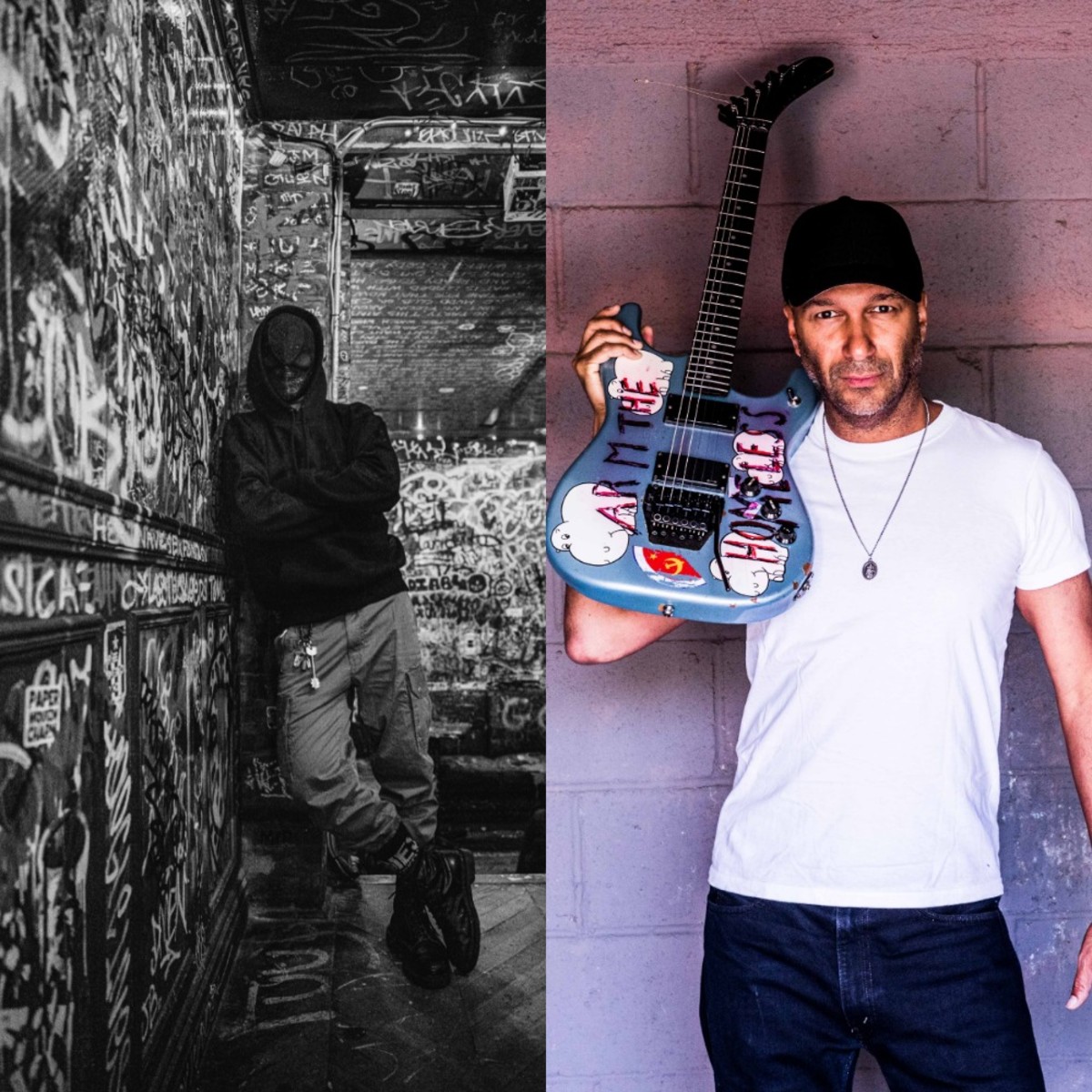 Two iconic artists in the worlds of electronic and rock music—The Bloody Beetroots and Tom Morello, respectively—have joined forces for what promises to be a massive collaborative EP.

Morello, guitarist of the fabled rock group Rage Against the Machine, has long championed EDM. He has released music alongside many major EDM artists over the years, such as Pretty Lights and Knife Party, among others. He's now joined forces with electro vet The Bloody Beetroots for a new seven-track EP called The Catastrophists, which is scheduled to drop on Friday, June 18th. You can pre-save the record here.

The duo today unveiled the upcoming EP's lead single "Radium Girls," a massive collaboration with Pussy Riot, Aimee Interrupter of ska-punk band The Interrupters, White Lung's Mish Way, and The Last Internationale. According to Morello, who has been named as one of Rolling Stone's "100 Greatest Guitar Players of All-Time," the track tells the story of young factory workers in Illinois who "were the victims of one of the most heinous crimes in US industrial history."

"I spent every summer as a kid near Ottawa, Illinois where these doomed girls used deadly radium laced paint to make glow in the dark watches," Morello explained in a press statement. "They were encouraged to lick the paintbrushes to a point to increase productivity and profit and in the end their bones literally fell apart from cancer and they were so toxic they had to be buried in lead lined coffins. The resulting court cases and publicity led to historic nationwide labor protection legislation. Every year I place flowers at the small monument to these quiet heroes and this song is dedicated to their memory."

Watch the official music video for the unapologetic electro-rock hybrid below.