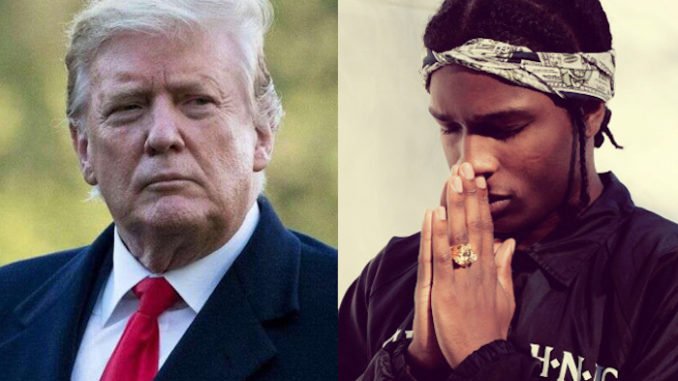 The U.S. government reportedly warned Sweden “negative consequences” if A$AP Rocky was not released from jail.

According to NBC, the U.S. special presidential envoy for hostage affairs wrote to Swedish prosecutors on Wednesday. Amb. Robert O’Brien said in the letter: “The government the United States America wants to resolve this case as soon as possible to avoid potentially negative consequences to the U.S.-Swedish bilateral relationship.”

Sweden’s prosecutor-general, Petra Lundh responded: “No other prosecutor, not even I, may interfere with a specific case or try to affect the prosecutor responsible.”

Just yesterday, Rocky was released by the court and he made his way back to the states early this morning. Soon after he got out, the rapper took to social media to thank everyone for their support.

THANK YOU FROM THE BOTTOM OF MY HEART TO ALL OF MY FANS, FRIENDS AND ANYONE ACROSS THE GLOBE WHO SUPPORTED ME DURING THESE LAST FEW WEEKS I CANT BEGIN TO DESCRIBE HOW GRATEFUL I AM FOR ALL OF YOU THIS HAS BEEN A VERY DIFFICULT AND HUMBLING EXPERIENCE I WANT TO THANK THE COURT FOR ALLOWING ME BLADI AND THOTO TO RETURN TO OUR FAMILY AND FRIENDS THANKS AGAIN FOR ALL OF THE LOVE AND SUPPORT

The rapper entered a plea  not guilty on Tuesday and awaits a verdict in the case against him.