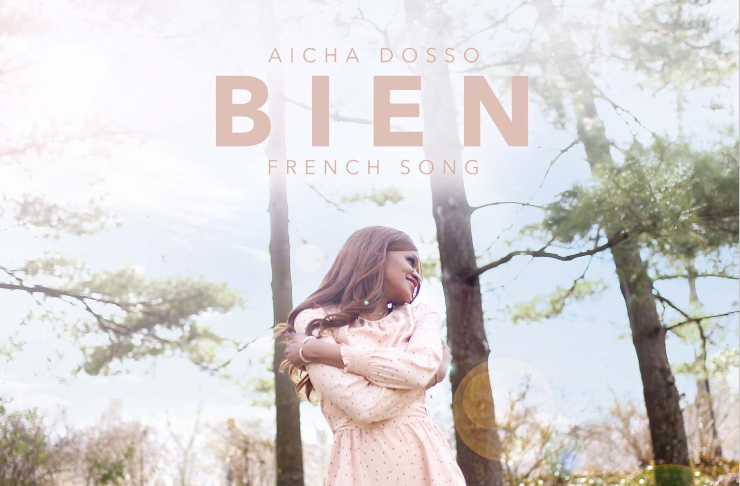 When nature gifts someone with multiple talents, it becomes their duty and desire to try different industries and realize the complete palette of their skills. Aicha Dosso is a multitalented singer-songwriter, actress, and writer born in Ivory Coast who spent her early years in Paris where she attended La Sorbonne to study English. Later, the artist left Paris, a city where she spent most of her life, to move to New York to study method acting at the popular Lee Strasberg Theatre and Film Institute.

Before having parts in several theatre and film productions, she had a successful modeling career in her native Africa. Later, the artist took part as a lead in the award-winning feature BYE BYE AFRICA and in a 2010 film CEREMONY (dir. Max Winkler, starring Uma Thurman) as well as in theatrical productions on Broadway. Today, Aicha concentrated on her singing career, releasing her debut “Bien,” meaning ‘good’ in French. The enchanting song is a beautiful mixture of Parisian Cabaret music, which Aicha aims to revive, blended with New York City vibes. The up-and-coming artist has a lot to offer to the world, and we are excited to see how her career will develop and what genres she will develop through her graceful music.