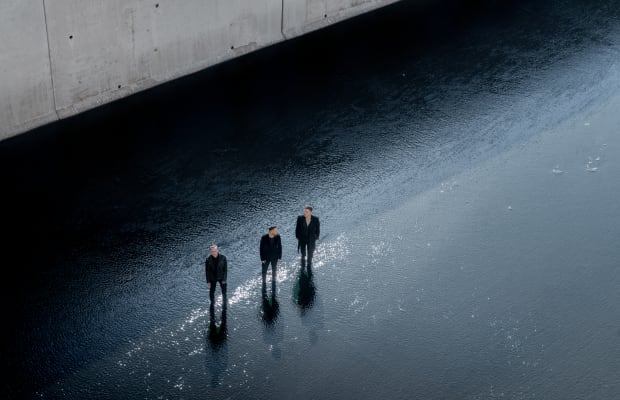 Fresh off two sold-out performances at the iconic Red Rocks Amphitheater, RÜFÜS DU SOL will release the new full-length album on October 21st. Dreaming up the concept for the new record, the group sought to create a lush and rich experience, falling nicely in line with the band's ethos. The result is Surrender, an album with an even more ambitious and bold scope than anything the band have released before.

The superstar trio also dropped a new single from Surrender called "On My Knees," which received a great crowd reaction at RÜFÜS' Red Rocks performances.

"For this song we had a lot of fun writing something that was darker, driving and a little more edgy," said RÜFÜS DU SOL's James Hunt in a press statement. "It’s definitely one of the most banging tracks on the record - we referenced some of our favourite club music for the drum programming and had fun envisioning the time when we could finally play this live. It had an amazing reaction at our Red Rocks shows last month which was really special for us.”

You can pre-save Surrender here ahead of its October 21st release.