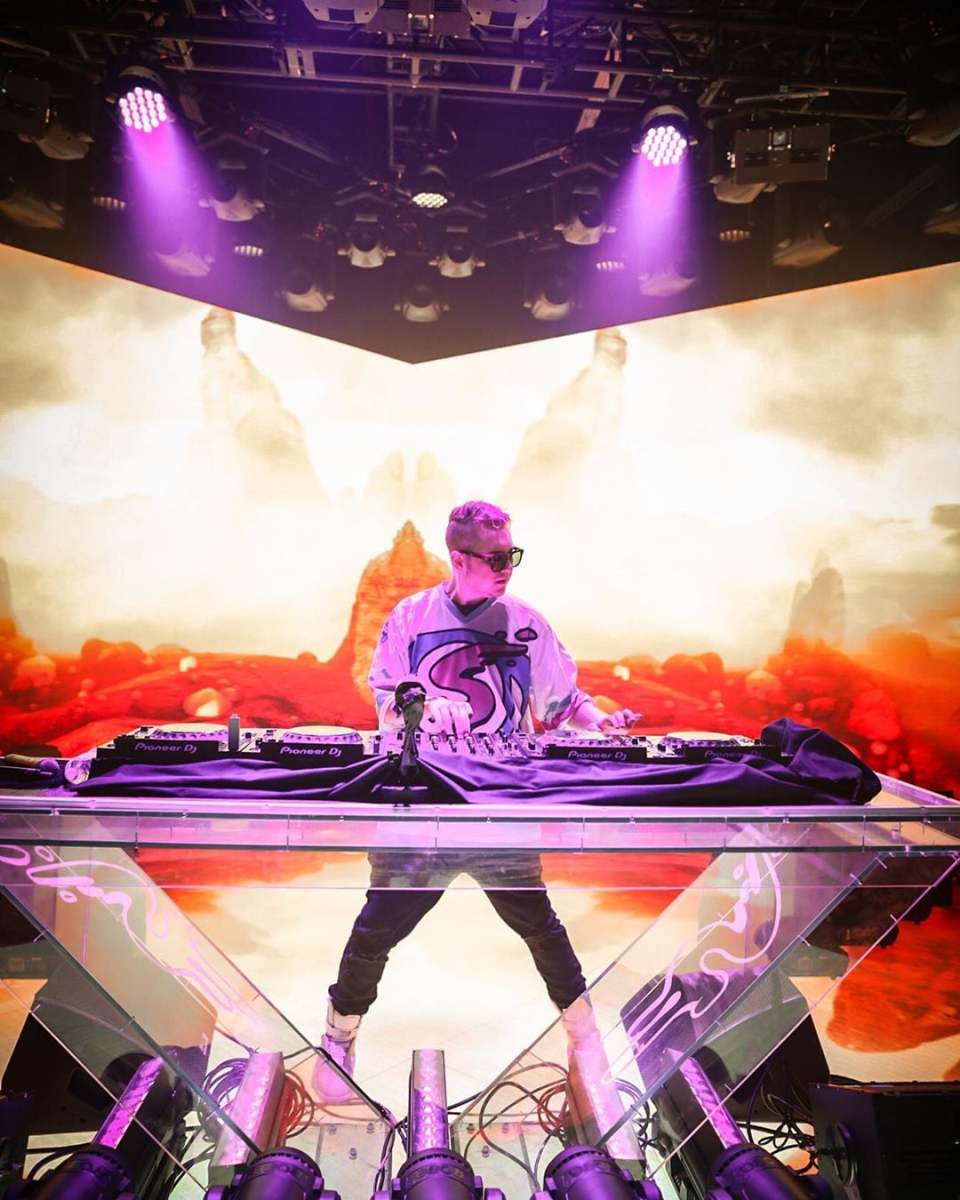 Slushii has long been revered for his versatility in the studio, widely considered a sound design chameleon with his genre-defying approach to bass music production. This time around, however, he's gone in a completely unpredictable—and awesome—direction.

Slushii has quietly uploaded two new songs to SoundCloud under a new alias called Dinner With Judy. He tells us that he "randomly made hyperpop" under a new nom de plume, dropping two tracks in as many days.

The raucous "Blackout" arrived on June 6th as the de facto debut of Dinner With Judy. The track is a saccharine hip-pop jam with punk-inspired guitar riffs, which harkens back to Slushii's earlier work.

He then followed with "sandboy" a day later, dropping a breezy indie-dance jam rife with warm plucks and bouncy drum patterns. The songwriting shines through here with a lovelorn topline, which floats above bubbly retrowave synths.

It's worth noting that Slushii unveiled another alias back in 2019 called sapientdream, which he utilized to share brooding lo-fi beats. The vastly antithetical Dinner With Judy moniker has only released those two tracks at the time of this article's publication, and fans can keep their eyes peeled on his SoundCloud page to see if he uploads more music.