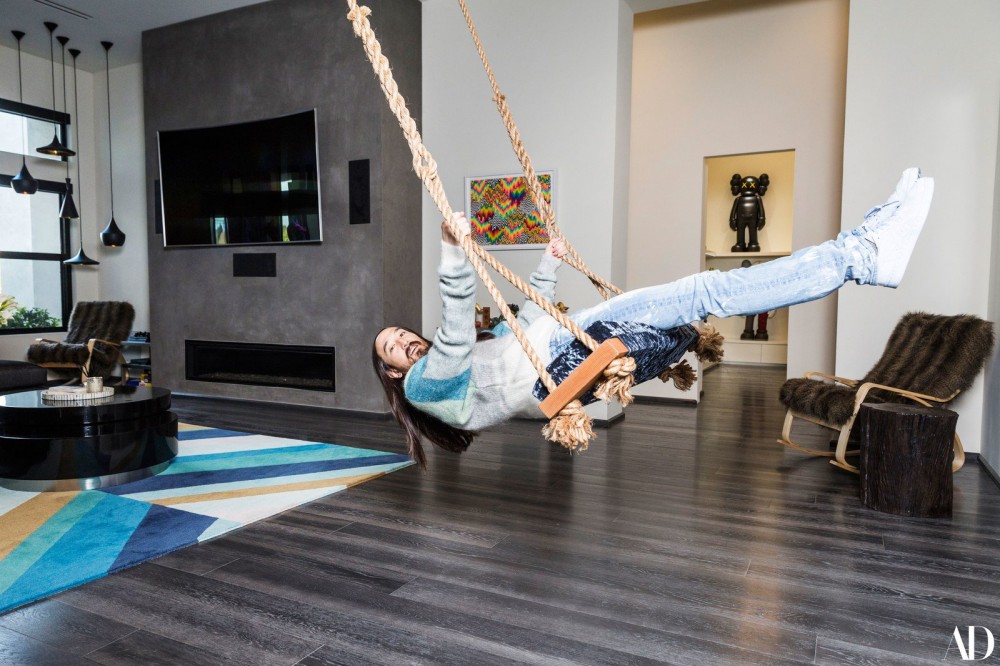 Steve Aoki ranked #4 ($30 million) on this year’s Forbes Electronic Music Cash Kings list, so it’s no surprise that he has a house that would reflect that wealth. Plenty has already been written about Aoki’s Playhouse and his massive room for his shoes, but Architecture Digest did a deep dive on his Las Vegas home that exposes more than just the highlights.

First up is Aoki’s pool in the backyard, which he’s spent millions upon millions renovating. He says the backyard looked like a desert before he started working on it, which now includes a halfpipe; he also moved the position the pool and increased the depth, while adding his logo to the bottom it.

Aoki doesn’t cook much, but he has a personal chef that comes to make meals in his incredible kitchen — it also has one the coolest islands that you’ll ever find.

Like I mentioned before, enough has been written about Aoki’s shoe collection already, but it’s still incredible to look at.

Just as his shoe room has received plenty features, so has his epic looking studio.