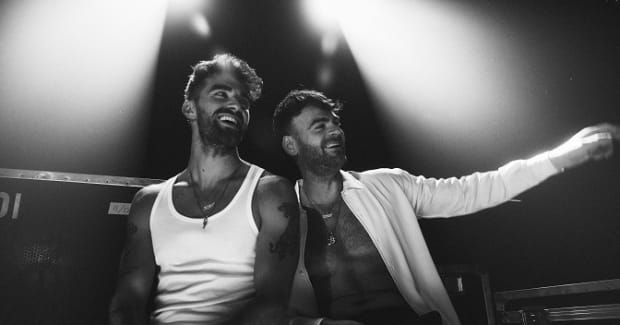 The road to The Chainsmokers' fourth album continues with "iPad," a brand new single exploring the transformation of a loved one to a stranger.

The lovesick track follows the January release of "High," The Chainsmokers' first original song in three years. Both will appear on the duo's upcoming fourth album, their first full-length record since 2019's World War Joy.

Bubbly and pensive, "iPad" arrives alongside an official music video. Directed by Kid Studio, the video follows Drew Taggart of The Chainsmokers as he navigates New York City, decompressing the end of an unhealthy relationship. The brooding video also features Taggart's counterpart, Alex Pall, performing the song on the keyboard.

"I don’t keep a journal so writing this song and the others on this album (and past albums) is my opportunity to organize my thoughts," continued Taggart, who likened the creative process to The Chainsmokers' sophomore album, Sick Boy. "We feel really lucky we get to do it in song form and that you are willing to listen. It’s helped us a lot, so thank you."

You can stream "iPad" here.