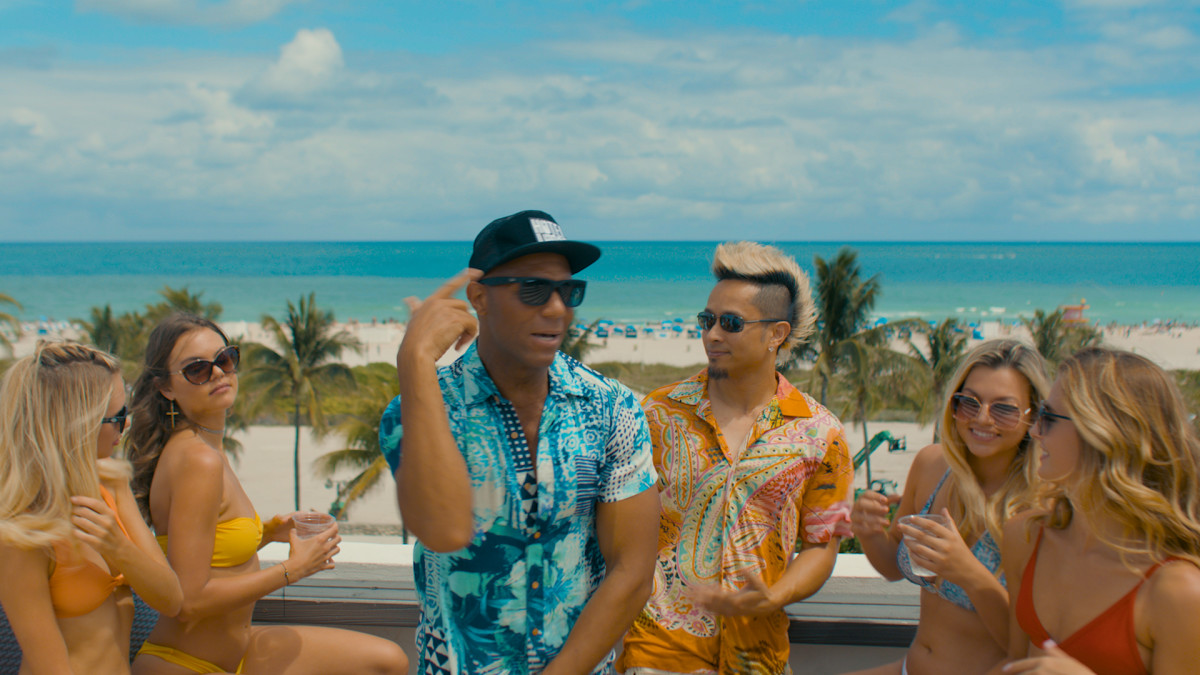 THE HOTEL LOBBY are back with another new music video. This time, the duo gave their recently released single "Good Life" the audiovisual treatment in the form of a sun-kissed project that hearkens to good vibes of pre-pandemic yesteryear.

Although the weather is getting colder by the minute, the tropical, sun-soaked atmosphere created by the track is highlighted by a fun music video of the blossoming duo and their crew enjoying the sunshine. It's a great accompaniment to the warm pop and future bass hybrid.

Don't worry, the duo is aware that we're in pandemic and have stated that the video was not filmed during lockdown, but rather during last year's Miami Music Week. Johnny Lee of THE HOTEL LOBBY spoke on the production of the music video and shared how they felt reminiscing on good times might help raise spirits during these uncertain days.

It's been a rough year for so many that we felt it was time to release this song and music video to let everyone know it's ok to smile even during the tough times. Since we spend a lot of time traveling across the country it was important to film in our hometown of Huntington Beach and in our second home in Miami. We really wanted to connect both coasts together in a fun music video.

"Good Life" by THE HOTEL LOBBY was released on September 25th, 2020. You can stay up to date with the duo and check out their new releases below.