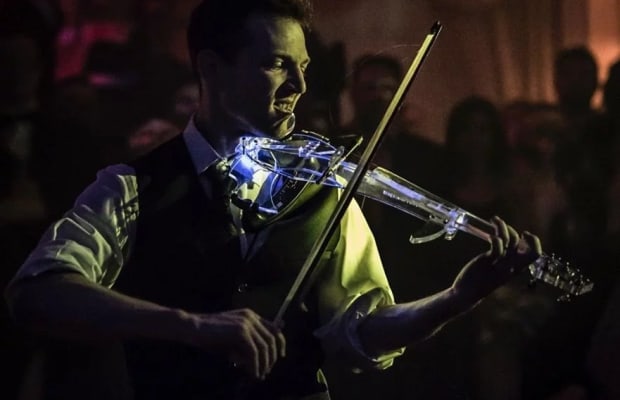 Laub blends elements of a myriad of genres in the blissed out track, such as electronic and funk, all the while flexing his versatility in a sublime crossover jam. Bubbly future bass synths and robust, house music-inspired percussion make up the backbone of the arrangement, which Laub sends into the stratosphere with his signature, soaring violin riffs.

A classically trained violinist, Laub's innate skill and love of the instrument pervade this peppy instrumental song. Fans of Miri Ben-Ari or Lindsey Stirling will really gravitate to the aptly-titled "Dreaming Awake," which expertly blends energy and melancholy in an arrangement that ebbs and flows with an ethereal swell.

Laub's musical career began at the ripe age of two—yes, two—with classical violin training. He eventually landed his first formal concert with the Buffalo Philharmonic at 13. Since then, he's emerged as a cutting-edge electric violinist hellbent on infusing genres and breaking boundaries.

Laub is known for his charismatic solo performances, which have helped entrench him as a prolific live artist. He has performed at Madison Square Garden, Hammerstein Hall, Lincoln Center, and Carnegie Hall, among other coveted venues. His high-energy shows have been aired nationwide on PBS and appeared on a slew of major media outlets, such as CNN, WABC, NBC, and the New York Post.

You can stream "Dreaming Awake" here and get familiar with Laub and his body of work via the links below.