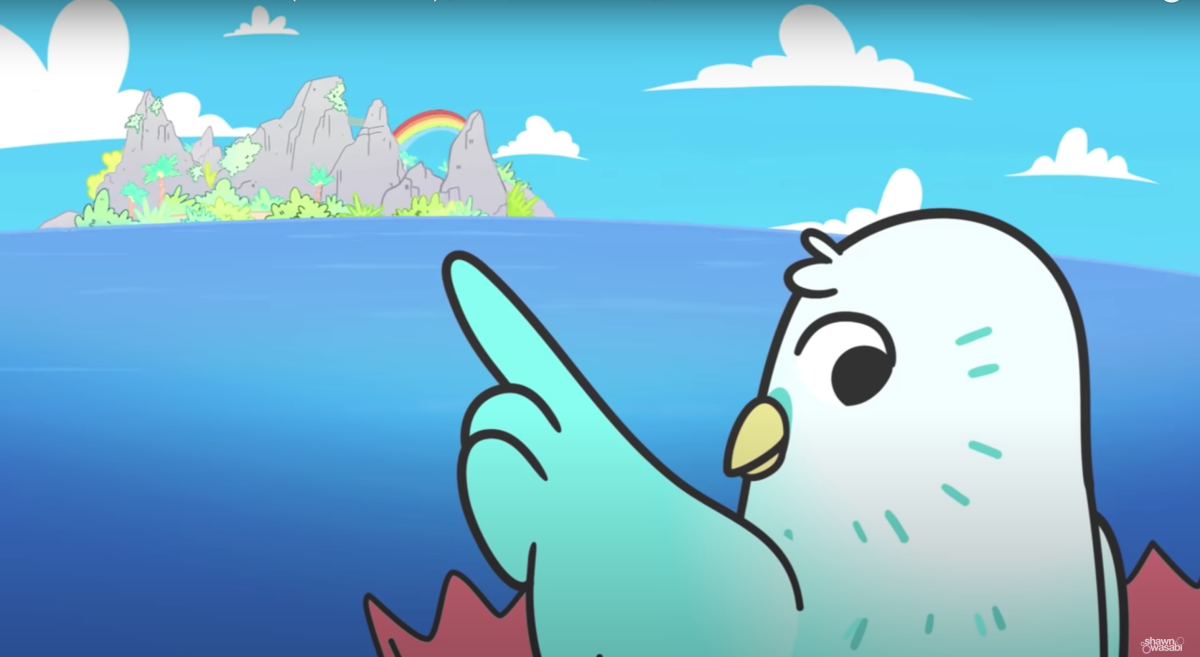 Shawn Wasabi has transported his hit single "MEDICINE" into the animated world with new video game-inspired visuals. The result is an adorable journey centered around Toto, Wasabi's sidekick, a "fearless yet flight-less bird." It brings the viewers into Wasabi's mythical land of Mangotale, a fictional island named after his debut album. There we see the duo traverse the destinations featured in the record while on a well-intentioned rescue mission that takes a turn for the worse.

The animation was developed during lockdown, when Wasabi impressively taught himself and perfected the art of CGI animation. He then partnered with illustrator Ann Alonso and the creative service Venturia Animation Studios to bring the dream to life. They even created a fun, interactive website that lets you explore his imagined world, setting up for what looks to be a series of animated stories to come. "I created Mangotale island as my idea of a possible paradise. It’s a cool, mysterious place with lots of interesting characters and plenty of stories within stories," Wasabi said in a press release.

"It all fits together like a puzzle," he continued." "My new video for 'Medicine' is one of the pieces to a much bigger puzzle. I had so much fun learning how to animate and a big thank you to Venturia Studio and Ann Alonso as they were a big part of making this come to life."

The bedroom YouTube phenomenon launched his highly-anticipated debut project MANGOTALE back in May, blowing fans away with 12 polished pop tracks featuring an all-female cast of collaborators. Wasabi also pays respect to his Filipino heritage, labeling the album's song titles with culturally significant, food-centric titles like "HALO HALO," "MANGO LOVE," and "MANGO TEA." You can feel his palpable passion for all things music and gaming with his new animated short.

Check out the "MEDICINE" music video below and stream MANGOTALE across all platforms here.