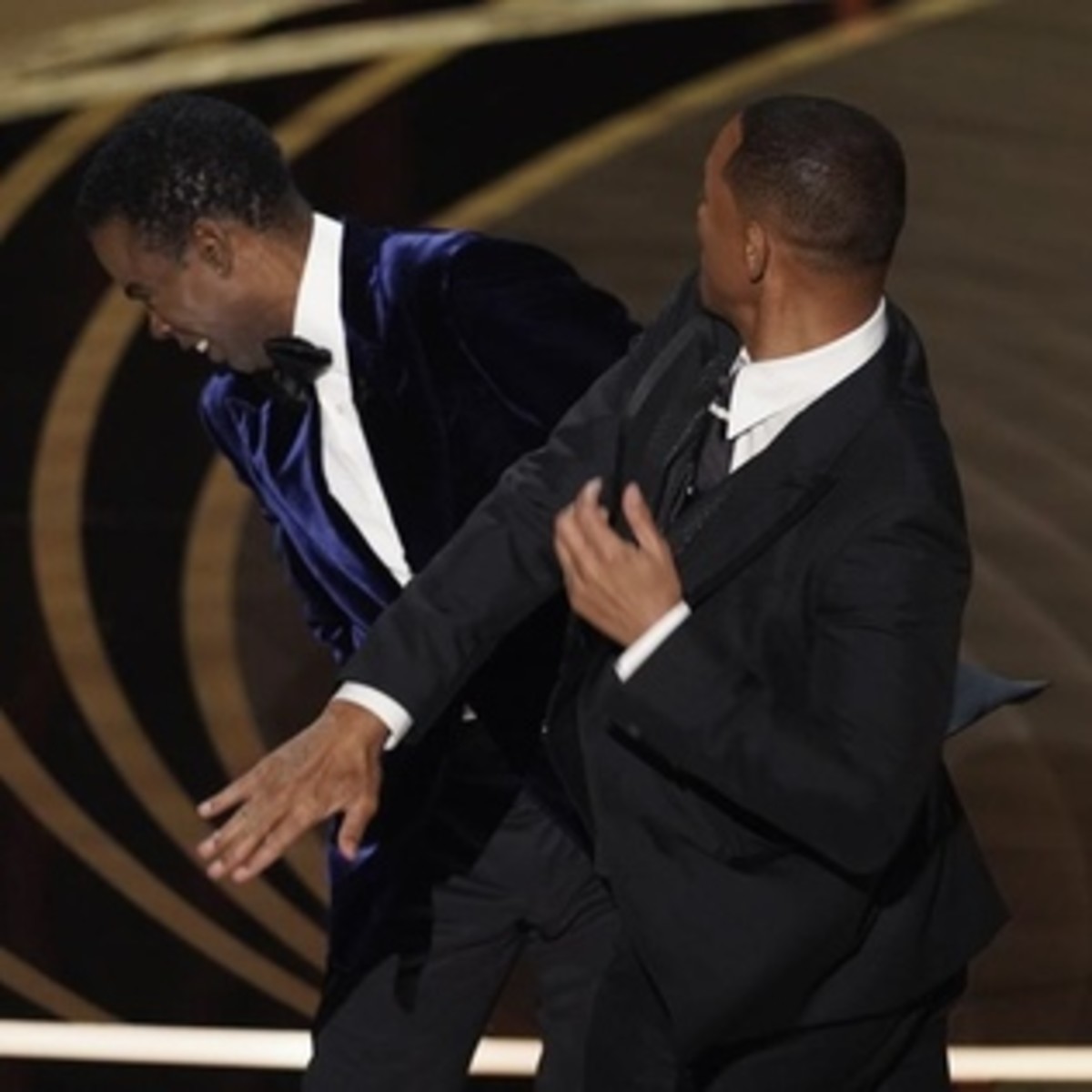 These Chris Rock-Will Smith memes are getting out of hand.

Odds are your devices have been bombarded with memes depicting Smith's viral slap on Rock, who made a joke at the Oscars at the expense of Smith's wife, Jada. In a heated, impromptu moment, the King Richard actor approached Rock onstage and walloped him for jesting about Pinkett Smith's bout with alopecia, an autoimmune disorder that causes hair loss.

"Keep my wife's name out your f****** mouth," Smith yelled after returning to his seat. The audio on the U.S. broadcast was abruptly cut, but those watching in Japan heard it loud and clear.

Now, a DJ has remixed Smith's rant—and it slaps.

In the wake of the slap-heard-round-the-world, Kodat has harnessed Smith's words and transformed them into a Jersey Club banger. The French electronic music artist, who has released music on famed imprints Spinnin' Records and Musical Freedom, managed to interpolate the slap itself, as well as Rock's stunned reaction.

Since this is 2022, when social media is more schadenfreude than sympathy, you can expect many more remixes like this in the coming weeks.

Check out Kodat's version, which he told EDM.com is appropriately titled "Out Yo Fkn Mouth," below.