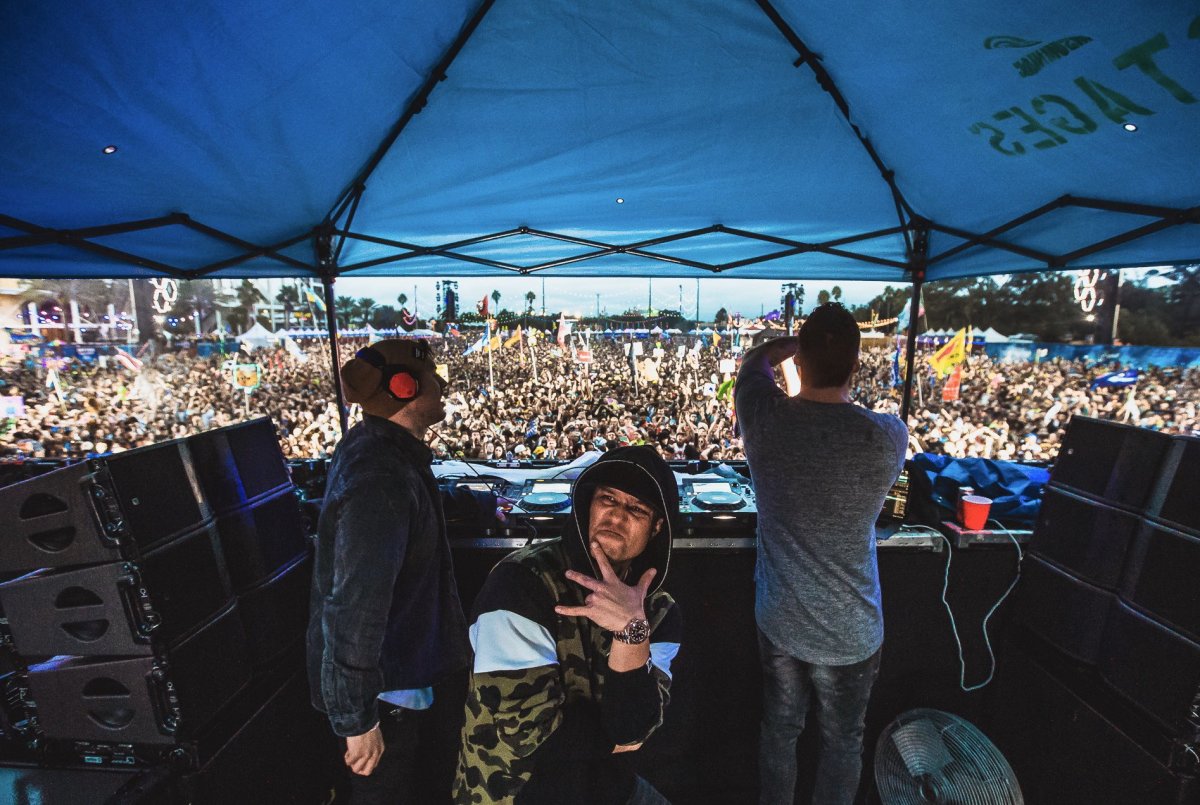 Bear Grillz has joined forces with Adventure Club to deliver a feel-good future bass track featuring rising singer-songwriter JT Roach, titled "Where We Are." By combining the two producers' expertise in bass-leaning sound design and melodic stylings with a soulful vocalist, the end result is introspective and uplifting. The goal of the track was to have listeners reflect and celebrate the small things in life, so its creators had fans and friends send in clips doing things they love for the official music video.

“Whether you are dancing, doing karate in the garage, brushing your teeth with your sweet Star Wars lightsaber toothbrush (We know we can’t be the only ones!), this record is all about being yourself and being happy ‘where you are,’” Adventure Club shared in a press release.

The beautiful visuals feature a variety of special moments, from fans getting engaged to Steve Aoki wake-surfing. Also featured are cameos from fellow bass heavyweights QUIX, Riot Ten, 12th Planet, Wooli, Ray Volpe, and Blunts & Blondes, among others. The production on the track is smile-inducing with lush vocals and guitar work, and the soaring future bass drop is sure to elevate your spirit.

"I wrote the lyrics for ‘Where We Are’ as a reminder to myself that if you can’t figure out how to embrace the moments you’re in as much as possible, they will slip by you,” said JT Roach. “All we have are moments so the song is about seizing the day and enjoying whatever space you are in and making the best of it instead of always placing too much emphasis on the past or future.”

While this is the first collaboration between Bear Grillz and Adventure Club, the group previously performed a show-stopping B2B at EDC Orlando back in 2019. Bear Grillz is coming off an impressive collaborative EP with Atarii titled Ground Zero while Adventure Club has been on a whirlwind of a release schedule, having dropped the 11th edition of their Superheroes Anonymous Mixtape Series along with a plethora of new singles, remixes, and collaborations.