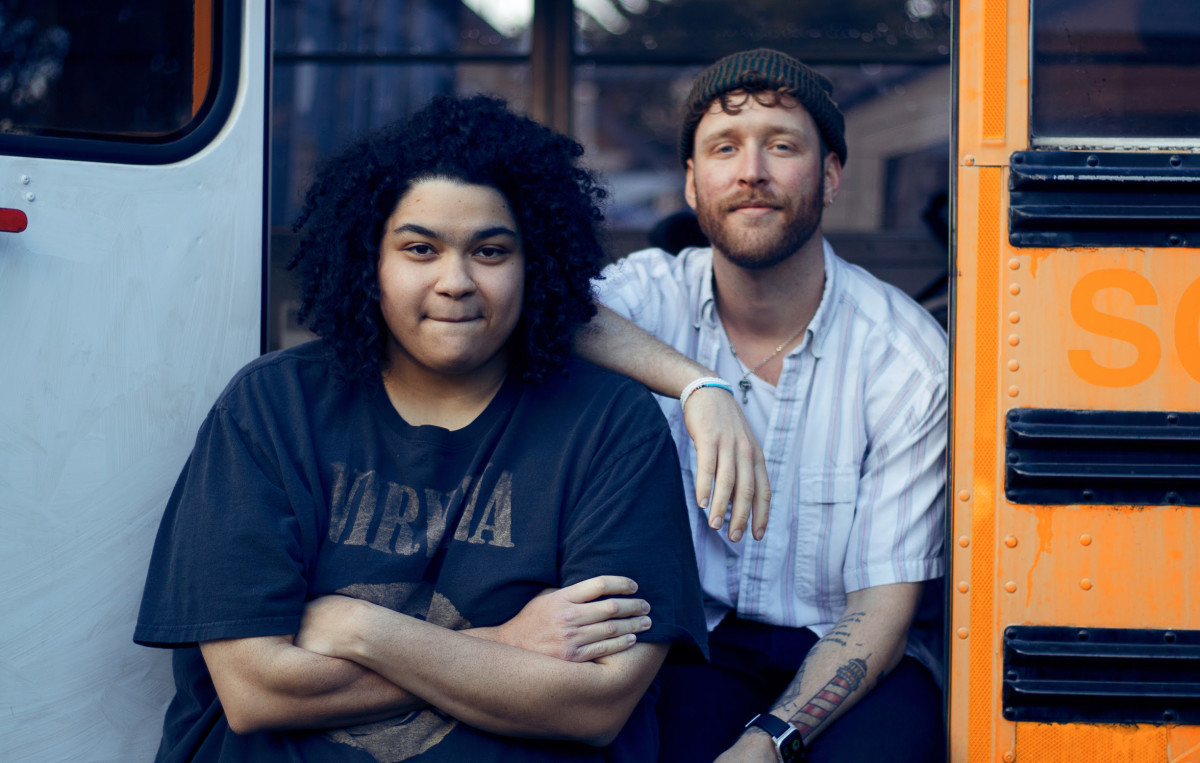 Candyland are officially back—and with renewed perspective and a creative direction they're embracing in earnest.

In a new interview with EDM.com, Candyland's Josie Martin explains that the decision to walk away from the music industry in 2019 felt like a "life or death" moment. It was an uncertain end to the Candyland saga, a project that started with a duo skyrocketing to prominence after delivering viral remixes of early 2010s dance hits from Bingo Players, Krewella, Skrillex, and more.

But as quickly as their success began, Josie Martin and Ethan Davis found themselves going separate ways in 2014. Martin would continue Candyland solo following the split.

Fortunately, however, the story doesn't end there. In fact, Martin views walking away as one of the best professional decisions of her life. She pursued other creative endeavors, and began living life true to self after coming out as queer.

Eventually, Martin also began speaking with Davis again and as it turns out, neither of them were quite ready to let Candyland fade into the annals of dance music history. The duo are now back with "Nirvana," a single with the saccharine synths and nostalgic Candyland sound we once knew. It's not all the same this time around though, as "Nirvana" embraces its vulnerable messaging by showcasing Davis' songwriting and singing abilities in ways never before heard.

EDM: It's been eight years since Candyland have released music as a duo. Can you shed some light on the decision to reunite?

Josie: I think overall we just really missed each other. We hadn’t talked in so long, and when we finally did, we realized how much we actually enjoyed working together. We also talked about how much we took it for granted the first time around, and what we would do differently if we had the chance to do it again. We figured we had nothing to lose, we might as well give it another shot!

EDM: In 2019, you said that taking a break from the music industry was the best decision you ever made. Why?

Josie: I just learned so much. About myself and life, and what's actually important to me. I think getting off social media for all those years was incredible for my mental health too. I just feel like when you fully understand that this industry doesn’t really matter, it can actually be a lot of fun.

EDM: In what ways is your mindset different now?

Josie: I think the break mentioned before completely changed my mindset. I had a “What now?” moment when Candyland first ended and it really freaked me out. I had been touring since right after high school, I didn’t really know what else to do. But I found other passions and projects that I’m involved in, and Candyland doesn’t feel like life or death to me anymore. It’s just a fun project that I get to do with my best friend, and we’re super lucky that we get another crack at this. And hopefully, our fans get to relive some memories with us.

EDM: The electronic music scene—and especially trap music—has changed a lot since 2014. Take us through your thought process when figuring out your new direction after nearly a decade away.

Josie: We hadn’t really thought about that too much, like what type of sound we want to do considering how things have changed. Or if there’s a new trend we should be trying to keep up with or something. I think that is also another way our mindset has changed. We’re just going to do whatever we want sound-wise and hope people like it!

EDM: The last few years have been eventful for you, to say the least. In what ways has coming out as queer empowered you?

Josie: Yeah so much has happened in my life lately that it feels like coming out was a walk in the park (laughs). But it really just brought me closer to my friends and family. I think anyone who has met me would agree I can be a pretty shy person, coming out definitely helped me get out of my shell and not care what people think of me as much.

EDM: You also met your father in person for the first time in 2021. What did you talk about?

Josie: Yeah, it was amazing! We got to share stories about each other's lives and I got to learn a lot about my bio mom too. I just got so many answers I was looking for, it was incredible. It was weird to always wonder what he was like, to then find out we are so similar. We like the same basketball teams and the same music and look the same. It was just so trippy. But it was an experience I’ll never forget.

EDM: How have these deeply personal milestones shaped your outlook on life from here on out? And what impact—if any—did they have on your artistry?

Josie: This question is super hard to answer because I’m still living through and experiencing these milestones, it’s like every other day I learn something about myself, and my outlook on life changes all over again so it’s hard to tell. I guess it’s only a matter of time until I learn how all this really affected me, I got a good therapist though (laughs).

Ethan has been there for me every step of the way too, which made us even closer as a group. It’s affected my work in that way but also being honest with myself and fans moving forward can only be a good thing.

EDM: Sonically, what can fans expect from the new era of Candyland?

Josie: We’re incredibly lucky that we have fans that let us experiment with all genres, and that’s what we plan on doing. People can expect a little bit of everything, even hip hop this time around. Ethan has developed some great singing and songwriting skills too, so people can expect him singing on more tunes, not just “Nirvana”!