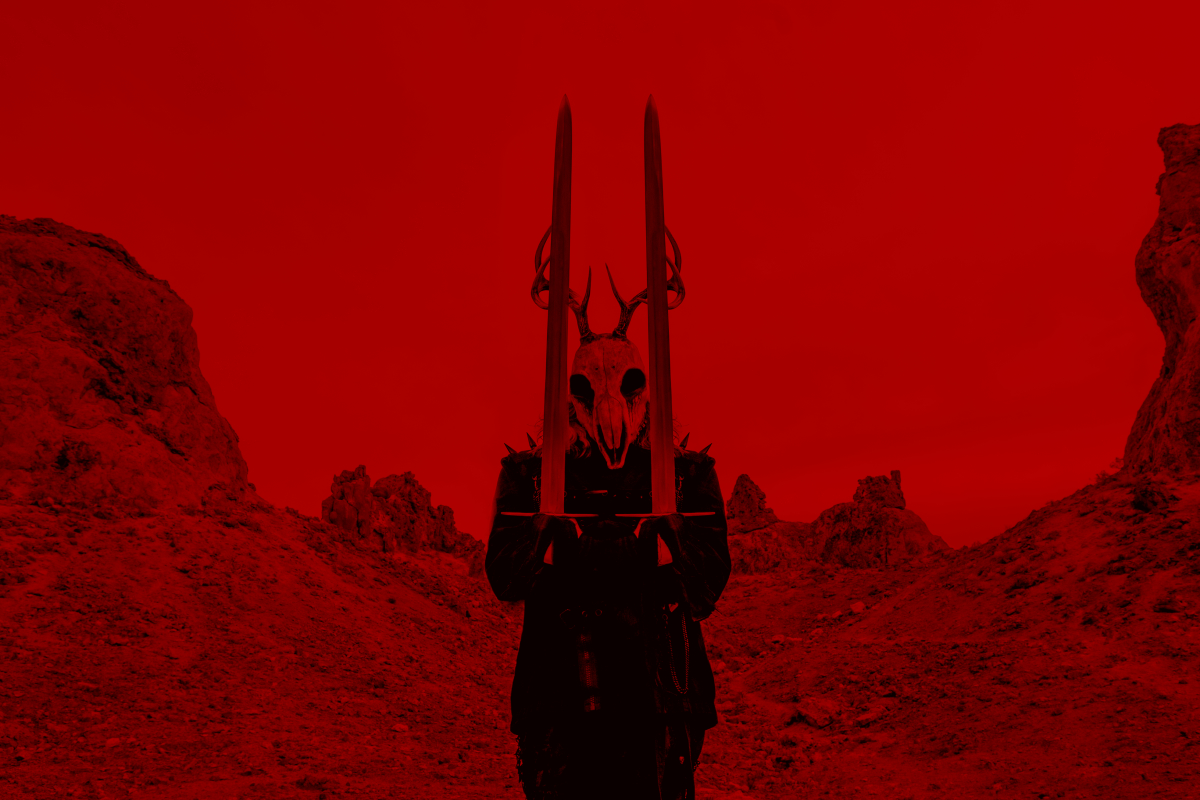 As listeners turn the first page of the metaphorical book of VOYD, they are met with an ominous rumbling. Some say the sounds are reminiscent of fire and brimstone while others hear the stomping footsteps of a gargantuan beast. All that's known for sure is that listeners will be subjected to their own worst nightmare, filtering out those not willing to face their fears.

A treat to longtime fans of SVDDEN DEATH, the opening act features three tracks with many callbacks to his previous releases. While some parts are familiar, they have all been given new life from his skull-equipped alter ego. VOYD II's second act opens with a bubbling cauldron of digitalized mayhem leaking out from another dimension. The sounds then give way to a haunting voice warning listeners of what's to come before a stringed theatrical interlude introduces another trio of cursed songs.

The album's midpoint, "ACT III," opens with eerie, metallic sound design reminiscent of a castle's gates before a jump-scare of bass introduces a surprisingly tranquil melody. Like a magical fairy healing a medieval hero midway through their journey, the Nurture-esque melody prepares listeners for the toughest battles yet to come. Featuring some of the most experimental sounds on the entire body of work, "Laughing Track," "Comprehension Barrier," "Demonic Curse," "Rings Of Pluto," and "Kereberot" showcase the infernal madness that SVDDEN DEATH subjected himself to while completing the album.

In a press release, he thanked fans for their patience as he finished VOYD II and stated that there are "hundreds of iterations of each song" that he had to pick from.

Approaching the mist separating listeners from the Lands Between and a boss' dungeon, the fourth act's soft piano introduces an elder being sharing his torment before the closing pair of chaotic tracks drive listener's into a vision from the corrupted mind. This leads to the final act, a soft outro that combines classic string sounds with mechanized growls. The album concludes with a long period of footsteps seemingly showcasing the protagonist's introspective journey home after the adventure.

All in all, SVDDEN DEATH's debut is an overwhelming success. Without laying your eyes on any of the visualizers or accompanying album artwork, VOYD II is deeply cinematic and paints a vivid picture in each listener's mind. While extremely heavy bass isn't everyone's cup of tea, the high level of thought and artistry put forth from SVDDEN DEATH is immediately apparent and easily appreciated by fans of any genre.

Outside of his recorded music, those familiar with SVDDEN DEATH know he always takes things to the next level at his live shows. This is especially the case for his VOYD-branded events. Luckily for fans heading to this year's Ultra Music Festival, he will be hosting his first VOYD show of 2022 at the Miami festival this weekend.

VOYD II by SVDDEN DEATH is out now. You can download and stream the seminal piece in the VOYD saga here.