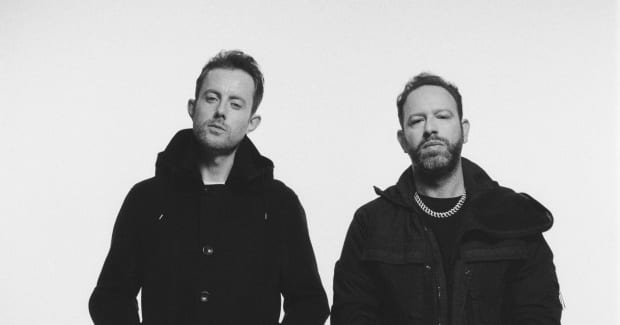 If you were lucky enough to attend a random rave thrown by Chase & Status' in late 2021, you might just be featured on the cover of their upcoming album.

The legendary U.K. duo's new album, What Came Before, appears to be borne out of a desire to capture the essence of rave energy and emotion in its rawest forms. Back in November, they hosted a rave in order to capture an image for the record's cover, deciding to ban cellphones at the event.

"We wanted to create an image that captured the very human compulsion to gather in a dark room and dance and sweat," Chase & Status said in a press release shared with EDM.com by Casablanca Records. "Such scenes have a different weight to them after they were off the table for a good while, and we were very interested in capturing a moment of collective catharsis in the shadow of a period of history that pushed isolation on so many. We were really interested in the stories of the individuals in the image—what drives them to want to be in that room?"

"The whole campaign kind of works backwards from that moment in the photo really—the intersecting stories of the dance floor, and the sense of freedom and release it brings to the individual," the duo continued. "The record sleeve, the single covers, visualisers and elements of the music videos were all captured at this special night - it’s been a joy to work on."

Chase & Status have added to the hype by dropping the album's third single, "Mixed Emotions," a melodically dense, piano-driven drum & bass track with snappy hi-hats and soulful vocals. The full album will span 13 tracks and it's due for release on June 10th, marking the tandem's first full-length record since 2019's RTRN II JUNGLE.

To celebrate the occasion, Chase & Status are hosting an intimate listening party one night only at London's KOKO, with a capacity just shy of 1,500. For your best shot at one of these coveted spots, pre-order the upcoming album by 4PM local time on April 19th for access to pre-sale tickets.

You can watch the official "Mixed Emotions" video below and stream the single here.

Chase & Status - What Came Before Tracklist