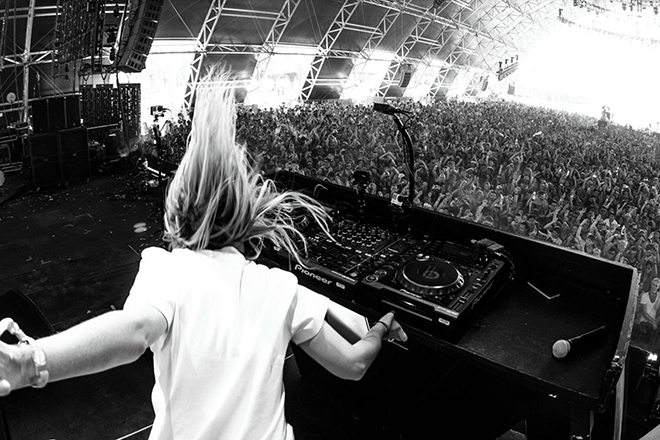 Earlier this week, Coachella kicked f the new year with the release its ever anticipated . It revealed headliners Eminem, The Weeknd and Beyoncé (already previously announced after ), along with Jamiroquai, David Byrne, ODESZA, Jean-Michel Jarre, Chromeo, Chic (with Nile Rodgers) and many more.

Despite already being previously announced after dropping out her headlining slot in 2017 due to her pregnancy, the ficial Beyoncé at Coachella announcement still was a buzzing topic for many upon the lineup drop. Though Lady Gaga ended up replacing her in 2017 and taking the title as the first female headliner to perform at the festival since Björk in 2007, Beyoncé's upcoming show will make her the very first woman color to ever headline the major festival.

The conversation about women and their role in music and entertainment remained at the top everyone's minds throughout the past year (), and Coachella's lineup seems to reflect the slow, but progressive changing tide. As points out, its 165 artists announced, 55 acts include women, meaning that the lineup includes a promising 33 per cent female representatives. It's the highest inclusion women in the festival's history, and is a dramatic leap from last year's 25 per cent.

Additionally, women are finding more prominent placements on the lineup with 21 the 67 acts in the top three lines each day's lineup.

Finally, for DJs, Alison Wonderland and REZZ have nabbed the shared title the highest billed position for a female DJ to have ever claimed (both are found on the fourth line on Friday). Alison Wonderland - along with Anna Lunoe - were also the in 2016.