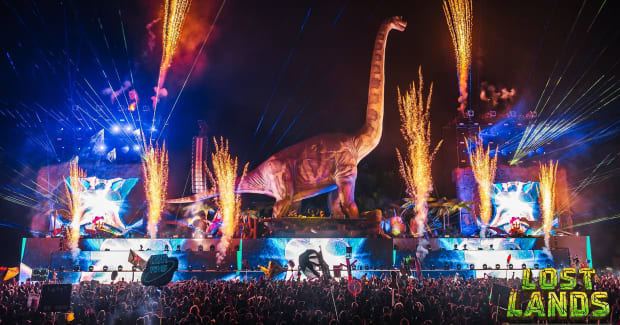 The day Excision fans have been waiting for since September is finally here.

It's March, which means we are at the official halfway point between last year's and this year's Lost Lands festival. To help future attendees get over the hump, Excision has dropped the next entry in his annual Lost Lands mix series.

Clocking in at two hours, the enormous mix features 111 tracks from the likes of Kai Wachi, Dion Timmer, Blanke, Kompany, Wooli, Seven Lions, ILLENIUM, Riot Ten and many, many more.

The gargantuan mix is not the only treat Excision is delivering to fans this month. Coming later this week is the official Lost Lands 2021 compilation album. The record will feature standout tracks from many of the artists who took the stage at last year's prehistoric celebration of bass music.

The tracklist has not yet been revealed, but Excision said that the album will feature six unreleased songs by VRG & Blupill, FOCUSS, Vastive & Cypherize, AlienPark, TYPHON and Excision himself.

You can check out the tracklist for Excision's two-hour Lost Lands 2021 Mix below.