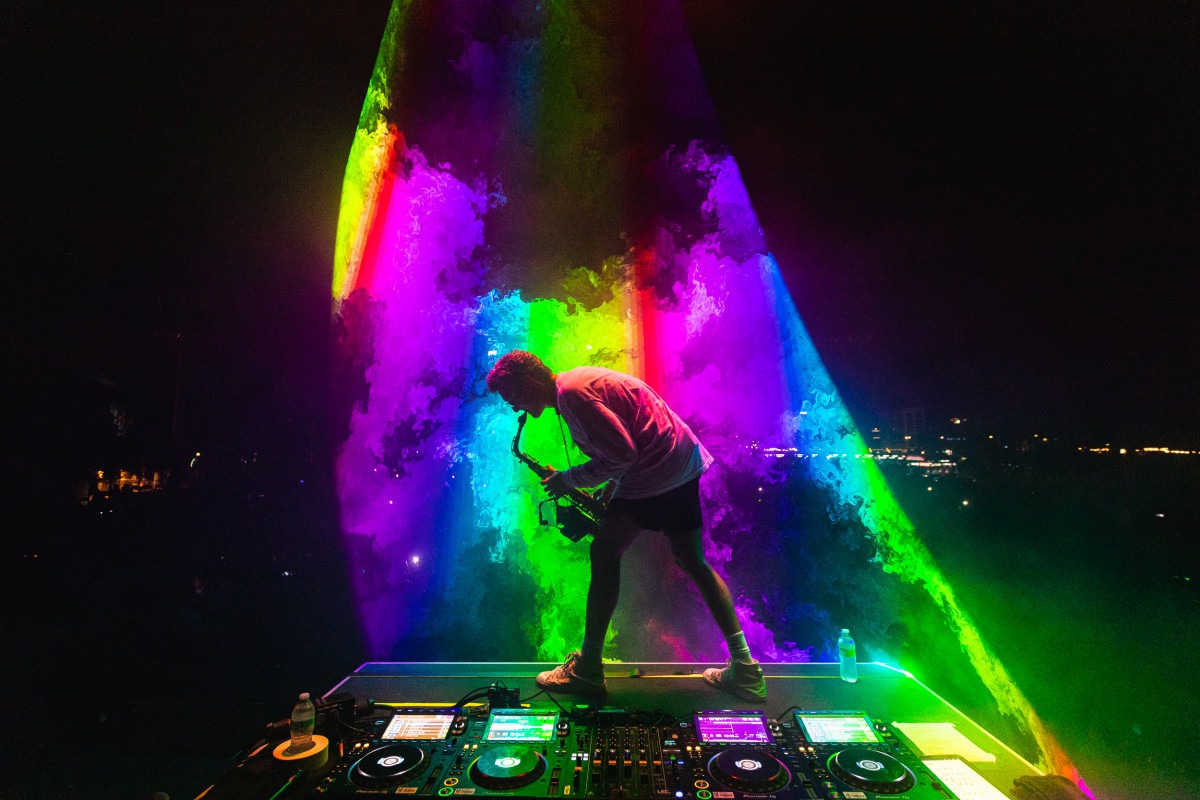 Back with another signature fixin' of his funk and dubstep fusion, multi-instrumentalist and electronic music producer GRiZ has released a new single, “Feel No Pain.”

Debuted last month during his headlining set at Electric Forest, “Feel No Pain” is riddled with groovy basslines and smooth sax, contrasted by GRiZ's distinctive intergalactic synth work. The amalgamation of sonics creates a typically euphoric soundscape, contrasted by the gritty dubstep wobbles of a GRiZ classic.

Sampling Bob Marley & The Wailers' "Trenchtown Rock," GRiZ pulls from the track's iconic lyrics: "One thing 'bout music, when it hits you feel no pain." Using this line, he echoes the collective appreciation we have for music and the way it can transport us out of a funk.

Take a listen to "Feel No Pain" below and find the new single on streaming platforms here.

Following the release of his seventh studio album, Rainbow Brain, GRiZ hasn't taken hit foot off the gas. The beatsmith went on to sell out his inaugural Another World event at Colorado’s 1st Bank Center, his curated Space Camp festival at Virginia's Hampton Coliseum, and back-to-back nights of "GRiZMAS" at The Masonic Temple.

This year GRiZ released the kaleidoscopic “Color Of Your Soul” alongside CloZee before contributing to Big Gigantic’s Brighter Future 2 album. He will also host a number of curated events, including the return of "GRiZMAS In July" as well as his first-ever Triple Rainbow event set to take place at Wisconsin's Alpine Valley Music Theatre.

In the meantime, you can catch GRiZ at one of his upcoming live shows.