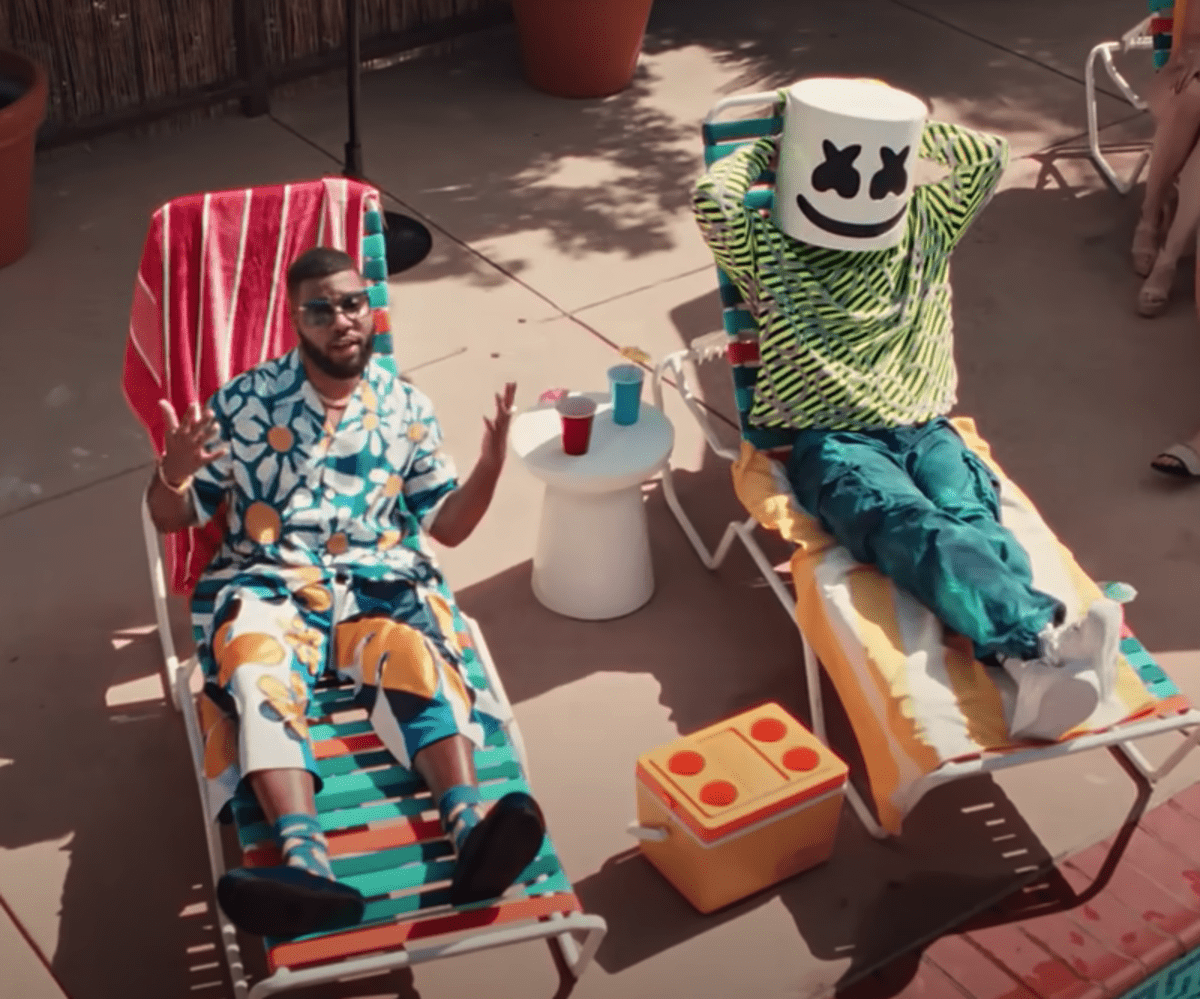 Marshmello and Khalid were silent for too long.

Eschewing the contemporary pop-trap style of its predecessor, "Numb" instead glides along to a breezy four-on-the-floor rhythm. This time around, Mello produced a breezy deep house track designed for poolside lounging. And Khalid's velveteen voice is as smooth as ever, crooning about taking advantage of the time we have with a new love.

Check out the official "Numb" music video below.

"Me and Khalid always talked about doing another song, so I sent this idea to him and he loved it," Marshmello said in a statement. "I was super happy when I asked him if he wanted to do the song and he said yes because the song is a little different vibe for him, but I knew he would crush it. He sent it to me the next day and I immediately knew we had one with this."

"Mello and I have a great friendship, and when we get together to make music, it’s always great vibes," Khalid added.

You can find "Numb" on streaming platforms here.