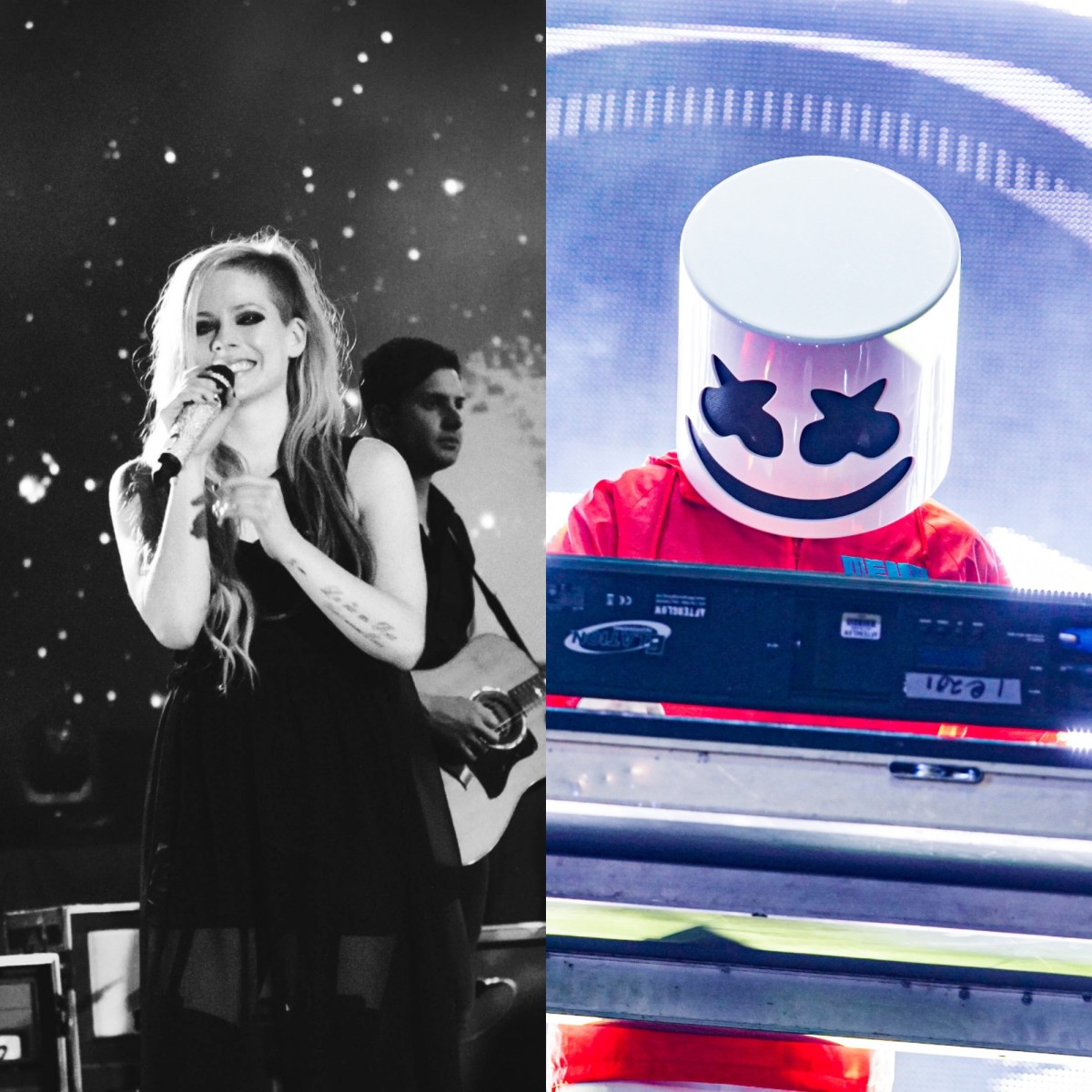 He may not be a "Sk8er Boi," but Marshmello sure is a superstar—especially after his recent songwriting work on Avril Lavigne's new track, "Bite Me." Released November 10th, it's the lead single off Lavigne's forthcoming seventh studio album, due in 2022.

Featuring angsty lyricism and frenetic drum breaks courtesy of blink-182's Travis Barker, "Bite Me" is a classic pop-punk anthem that harkens back to Lavigne's distinctive early 2000s-era sound. It's tough not to get nostalgic for afternoons spent browsing the racks at Hot Topic and head-banging to the tunes of Sum 41 and Good Charlotte.

Marshmello received a songwriting credit on the single, which also features contributions from Omar Fedi, who is perhaps best known for his work with Lil Nas X and The Kid LAROI. Additional collaborators include Goldfinger lead singer John Feldman and Lavigne's current boyfriend, MOD SUN, an esteemed pop-punk and alternative hip-hop artist.

"It was just time to rock again, and I have a feisty side to me," Lavigne said in a recent interview with Zane Lowe of Apple Music 1. "Let’s face it: Love’s not easy, right? And, I mean, I’ve been through the ringer, so yeah I’m writing about it again."

"It's an anthem about knowing your worth, what you deserve and not giving someone a second chance who doesn't deserve you," Lavigne added in a press release.