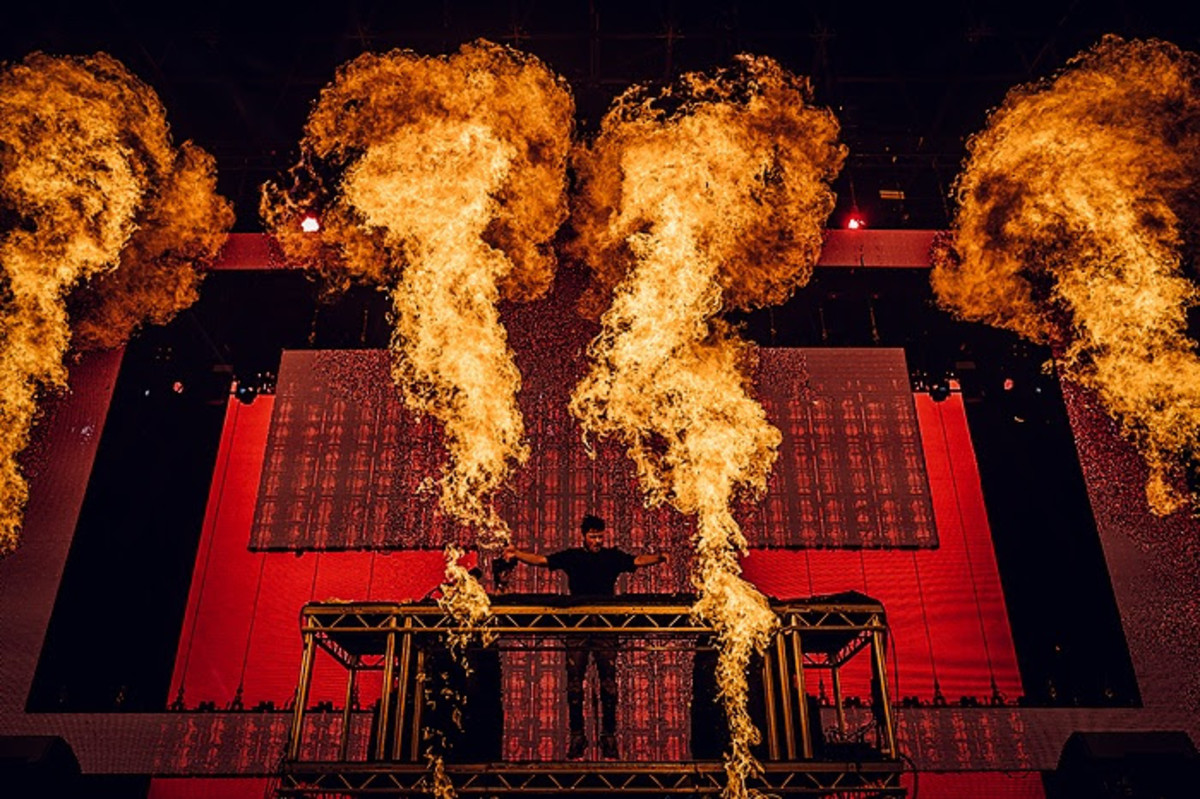 Fans were stunned to see the Dutch dance music superstar open his set by dropping a brand new collaboration with John Martin, the revered vocalist behind some of Swedish House Mafia's most influential tracks. Luckily for those who weren't able to see it in person over the weekend, fans have shared a generous portion of the song via social media.

Martin's vocals can clearly be heard alongside dramatic, uplifting chords from Garrix, forming a perfect introduction to his first performance in almost two years. Considering the duo's work on "Now That I've Found You" and "Higher Ground," it's safe to say his diehard fanbase are hyped for the pair's official return.

Later in his performance Garrix dropped another unreleased collab, this time around showing off a new song with Tinie Tempah and Julian Jordan. While you can't hear much of the vocals in the embedded clip below, Tempah seemingly confirmed the collaboration on Twitter over the weekend.

In a response to a fan who tweeted about the track, Tempah chimed in with a simple "eyes" emoji, leading many to believe the collab is all but confirmed. It’s also worth noting that his response has led many to believe he might be making a surprise appearance at Creamfields this weekend.

At the time of writing, neither Martin Garrix nor his collaborators have announced a release date for either of the unreleased songs.