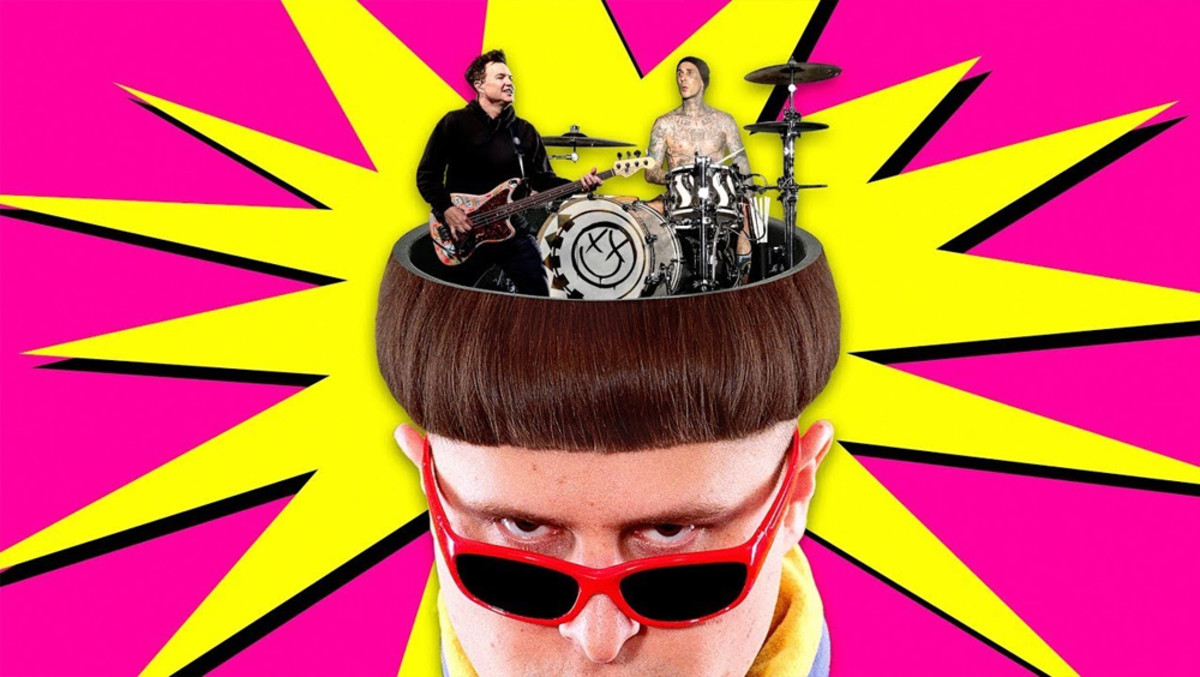 Oliver Tree released a one-of-a-kind remix of his hit "Let Me Down" alongside his personal childhood heroes, blink-182.

It's a pleasantly unexpected combination that sees the pop punk veterans woven seamlessly into the mix. As always, Travis Barker's drive is unmatched, bringing a punchy drum performance that is irreproducible. Meanwhile, Mark Hoppus goes back and forth with Tree and chimes in with a new verse of his own that perfectly complements the source material. The band builds upon the existing instrumental infrastructure, whipping it up into a vigorous punk rework.

The original version of the song, produced by Whethan, appeared on Oliver Tree's debut album Ugly is Beautiful earlier this year. It was the latest offering from the two artists, whose collaboration efforts over the last couple of years have yielded hits such as "When I'm Down" and "Enemy."

The original "Let Me Down" dropped days after Oliver Tree claimed he was retiring from music entirely. A couple months and one hit album later, Tree recently claimed he's ready to hang up his hat again in an interview with Triple J. If Oliver Tree is, in fact, on his way to retirement, there's little doubt he's going out on a high note.