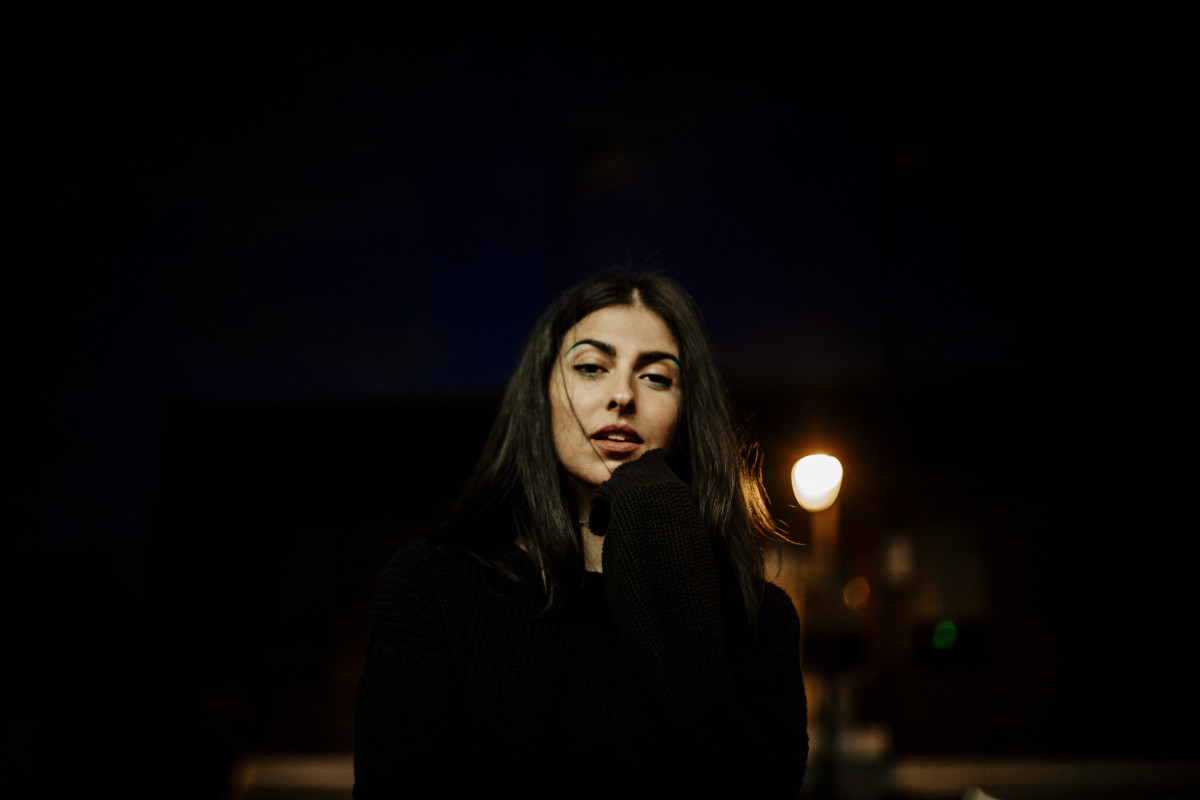 “What are you going to do once you’re done with all this music stuff?”

If you’re a musician, you’ve almost certainly been asked this question, whether by a journalist, friend or parent. It’s fair game—the demands of touring and releasing new material make it particularly difficult for full-time artists to maintain and pursue meaningful relationships or goals outside of their musicianship.

But what happens if all of the so-called "music stuff" never has to end?

Australian DJ and modern house music aficionado Anna Lunoe is living this dream, somehow making her lifestyle as a mother of two fold into her storied career as a kick-ass producer and celebrated DJ. This precarious work-life balance has become a part of everyday life for Lunoe, whose latest release, “Ice Cream," proves that moms can truly do just about anything.

Out today via Mad Decent, "Ice Cream," which features Japanese rapper Nakamura Minami, is Lunoe's first release in over a year. The track easily matches the buzz surrounding its novelty with pounding four-on-the-floor beats, sugary, playful synths, and a pulsating tech house drop. Minami’s bright and cheery vocals are simply the cherry on top of the track’s easygoing cheeriness. Even more, “Ice Cream” is triumphant, marking the light at the end of a long tunnel Lunoe has been navigating throughout the entirety of 2020.

When other artists may have been celebrating the new decade, launching international tours or working on new music in January, Lunoe was sidelined by a demanding pregnancy that resulted in health complications, such as temporary hearing loss. "It was an unbelievably isolating experience," she told EDM.com.

Her son was born in mid-February, and with her health rebounding rapidly, his late-night breastfeeding sessions acted as the spark for midnight music creation. Finally hopping back into her library, an early version of “Ice Cream” was what she first returned to and eventually finished. "That energy, and that body autonomy, and that spirit, and joy coming back to me was what inspired me to want to work on the track and to want to finish it off," Lunoe explained.

Then, just a few short weeks later, the onset of the COVID-19 pandemic in March placed yet another obstacle in Lunoe’s path. For parents everywhere, the shutdown of nonessential businesses left a huge gap in childcare availability, with female parents in particular exiting the workforce at four times the rate of men to fill the need. Lunoe’s experiences bring this statistic to life. Parenthood was her biggest challenge this year, she said.

Her children also became a main differentiator between her life in quarantine versus those of other listeners and artists in the electronic music space, who are skewing younger and younger. For example, on her weekly “danceXL Radio” Apple Music show, Lunoe’s interviews with artists have given her a glimpse into what the lives of her fellow DJs have looked like this year, and how her priorities simply don’t compare.

Even navigating newly popularized livestreamed music festivals and concerts has been distinctly more difficult for Lunoe. Performance slots revolve around her kids’ nap schedules, she said, and a baby on the loose has the potential to turn into a viral video moment à la Robert Kelly. "To all the EDM moms out there, I just want to say well done for getting through this year," Lunoe continued. "It’s been a real challenge."

Of course, Lunoe's life as a mom has also brought about many beautiful moments too. Her son has been a “guiding light” through her darker times, and she’s also been able to witness the blossoming of her daughter’s passion for music. "I’ve got the DJ rig set up at home now, and so every morning, she wants to DJ," Lunoe said with a laugh. "She makes me put the lights on the way I have them and close the blinds so it’s all dark, and she loves it so much. It’s really cute."

As the months have gone by, Lunoe has picked herself up and kicked 2020’s butt, proving her strength and sending a message that blending “music stuff” with a more typical adult life is possible even in the harshest of circumstances. Now having broken through many of the formidable barriers she’s had to face this year, Lunoe is back in the game like she never left, with more new music on the way and a positive outlook on the future. Moreover, she’s got a sold-out crowd of fans and supporters cheering her on and waiting for the day when they can see her perform live again.

"What’s really important to me is that when I had a chance and the energy to bring joy, that I did,” Lunoe said. “DJing is what makes me feel like myself, you know? That’s what connects me to my spirit and my joy. Those were the moments that I could pull it all together, and I’m really grateful for them. And hopefully they did the same for other people."