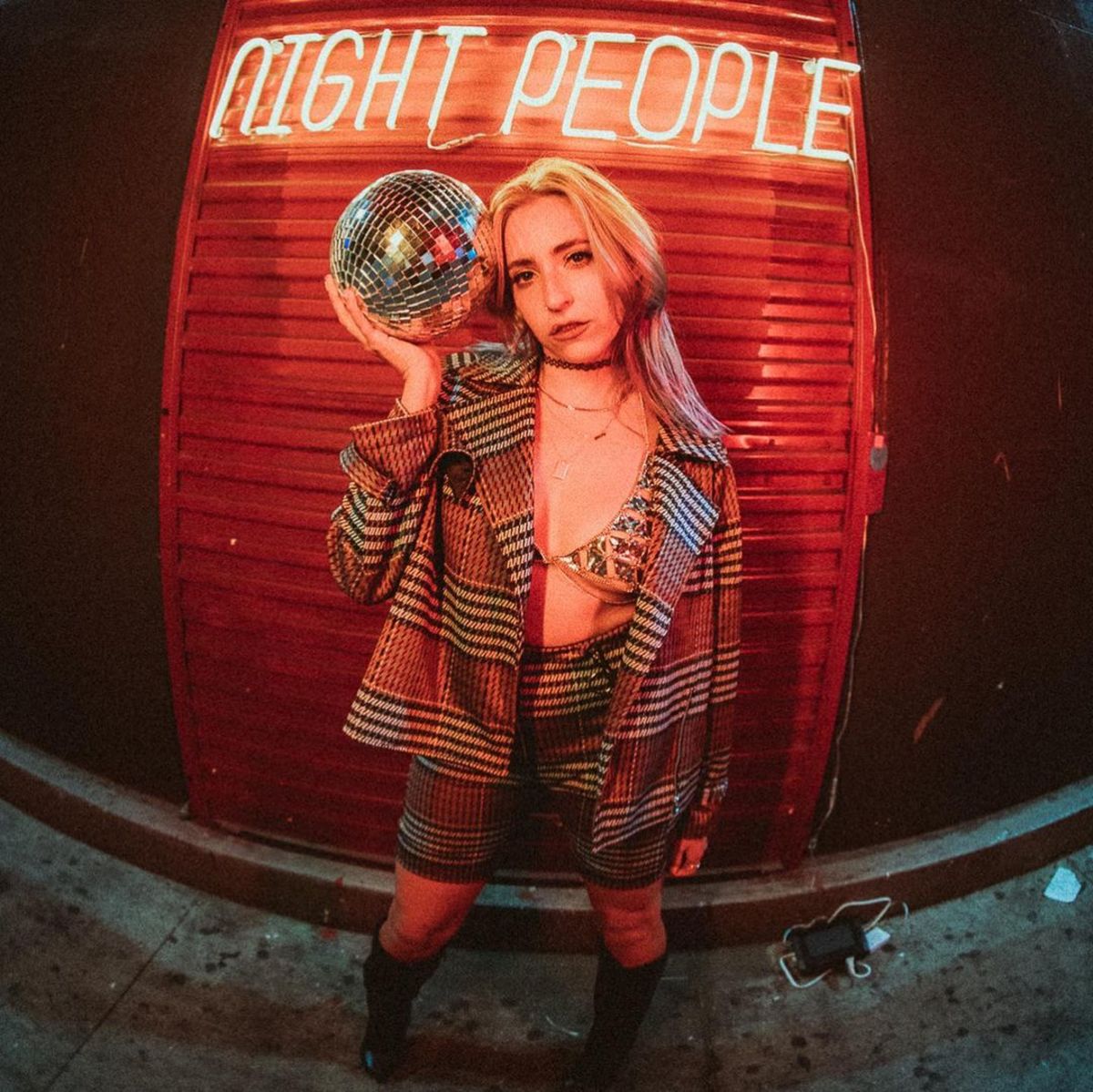 It’s as if you're there with PENNYWILD experiencing the fun right alongside her for the entirety of the EP, starting with its first track “GET READY,” a blissed-out disco-house number with vocal samples from a pregame. The conversation flows directly into the next tune “SIDE STREETS,” and as the group embarks on a rideshare to their destination, the beat becomes darker and more intense with pulsing bass and eerie synths.

Over a sexy and danceable house beat, the next track, “DOLLARS, DOLLS, DRUGS,” discusses proper etiquette at a drag show, narrated by NYC’s most influential faces of drag. Paralleling a night out with friends, after the show comes the “FOOD BREAK.” This chilled-out tune features jazzy horns, playful vocals, and a languid house beat.

To celebrate the EP’s release, PENNYWILD joined forces with Quasar Media and Alright Productions to create a NIGHT PEOPLE zine, showcasing stills and interactive media captured over a week of gallivanting around Los Angeles.

The creativity in NIGHT PEOPLE falls right into PENNYWILD’s wheelhouse. In addition to her exceptional DJ performances, she has directed music videos for artists like Zedd and RL Grime, choreographed shows at The Hollywood Bowl and Lollapolooza, and performed on Broadway in West Side Story.