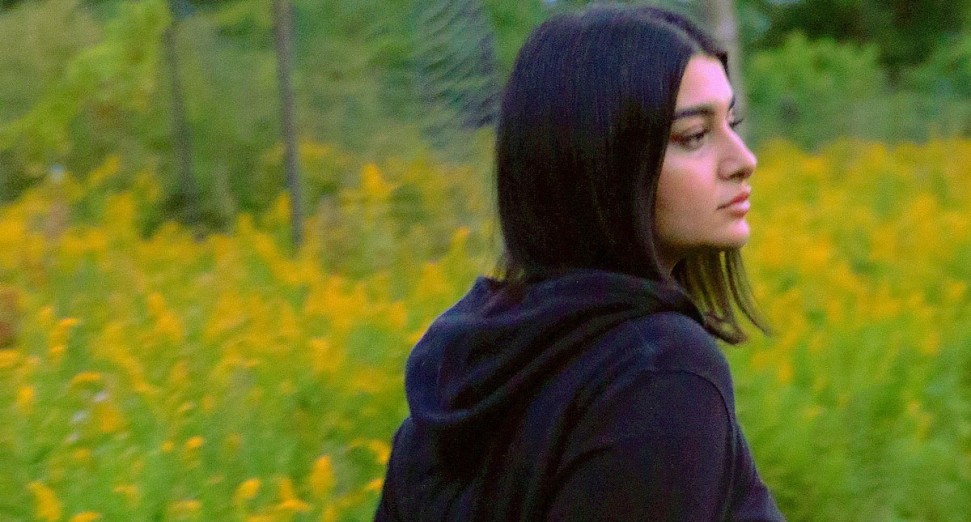 E-Saggila will release her new album, ‘Corporate Cross’, via Hospital Productions next month.

Like much of the Toronto artist’s previous work – including releases on Northern Electronics and BANK NYC – ‘Corporate Cross’ takes stylistic cues from across the electronic music spectrum: from techno and breakcore to ambient and harsh noise. This time around, however, the distorted gabber kicks and industrial ferocity is turned down a little to make room for something more melodic and reflective. The abstraction and intensity that has made E-Saggila’s music to date so raw and gripping is still there, but as smoky synth swells heave against one another, and bass plumes burst from the depths to warp around the trance-like melodies, the purpose feels differently focussed.

E-Saggila took inspiration from social anthropologist Mary Douglas when writing the album, particularly from her inquiries relating to the idea of “dirt” as a symbol for disruption of order, and how something that may seem out of place to one, may seem organic and natural to another.

“This album is a framework of placement and displacement of what I recognize as organic and instinctive,” E-Saggila says of the album. “The constructed sounds draw a parallel between primalism and mechanization, where structure and disorder mimic themselves through these titles. A lot of these ideas are based off of the environment I come in contact with and the familiar expression and tone that is set into this album.

“It’s a narration of transparent rhythms and patterns I see as natural, but to the listener is observed as ambiguous,” she adds. “‘Corporate Cross’ scans through the themes of novelty in human and animal, endemic and deterioration, and the sub-systems of our concealed environment.”

‘Cellygrin’ sits right in the middle of the album, with a fractured industrial beat and swooping melodies that unravel and pop around some vivid sound design. Check it out below.

‘Corporate Cross’ is out on 20th November. Pre-order it here.