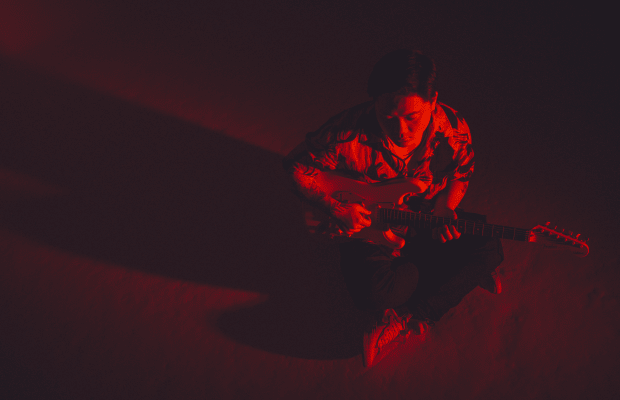 Dabin revisited his roots and delivered on his most personal record to date, Between Broken.

With his third studio album, Dabin has reminded fans of his versatility. Between Broken feels like a peak moment of excellence for the Toronto native, a multi-instrumentalist trained in piano, drums and guitar performance as well as a Juno-nominated musician. His classical and electronic influences meld together with sublime execution.

Rock reigns supreme on Between Broken but Dabin keeps listeners engaged from start to finish, never relying too heavily on one formula. From the pop punk-inspired power chords on "Ready" to the flared-up electric guitar solo in "Again," the collection of songs is a dynamic offering of varying moods, tones, and songwriting motifs.

With a strong production backing his instrumental performances, Dabin finds room to delve into the highest highs and lowest lows. With cuts like "Drown," a future pop tune decorated in blissed out synths, Dabin showcases a persevering spirit. On the other side, the record explores moments of grief, such as in "Hope It Hurts," which features wounded vocals from Essenger.

Even after a handful of years spent prominently in the spotlight, the exploratory nature of Between Broken proves Dabin has the chops to keep his sound fresh, likely for years to come.

"Between Broken feels like a return to the sounds that inspired me to make music in the first place," Dabin said in a statement. "I spent years trying to find and develop my own sound and this record felt like I had the means to pay homage to the sounds that pushed me to create my own music."