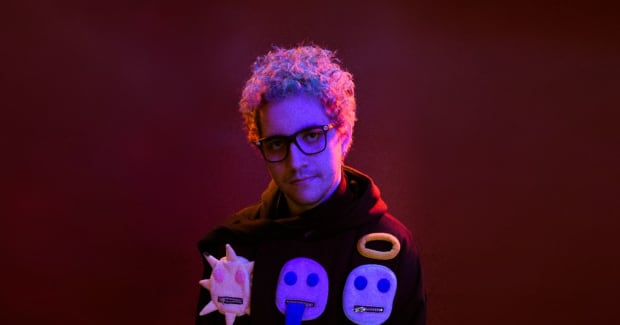 With his next album, Slushii is aiming to register a seismic sonic impact.

On the precipice of revealing over three years of work in the studio, Slushii has opened up about the direction of his forthcoming album, E.L.E. (Extinction Level Event), which he says is an ode to the brostep era of the 2010's.

"This album is the culmination of three years of my best work. I really felt that there was a need for an album to revive the early 2010’s brostep machine, and fix it up with some new modern tech," Slushii said. "This is a slow burn type of album, and one I hope you listen to front to back that can stand as a new beginning in the book of Slushii!"

In a new video interview premiered exclusively by EDM.com, Slushii elaborates further that E.L.E. is a spiritual successor to 2017's Out Of Light. While the advent of E.L.E. is set to usher in a memorable new era of Slushii that's sure to please his day-one fans, the famed "All I Need" producer also describes his struggle to overcome the feeling of moving in creative circles.

"'Carousel' for me is a really important song because it’s a perfect description of my life at the time, stuck making music that I felt was fun, but figured wouldn’t see the light of day," Slushii said of one of the album's singles, a collaboration with renowned singer-songwriter Kiesza. "But truthfully this song has taken many forms, and the final form with Kiesza in the mix really makes for an anthemic return to doing what I was meant to do."

In addition to the renewed appreciation of his dubstep roots, Slushii found inspiration in building a conceptual story arc around the album. The audiovisual universe around E.L.E is said to be deeply inspired by his appreciation for Japanese culture and anime. A new live show concept is set to make the rounds beginning this spring, including at Slushii's momentous performance at Ultra Music Festival in March.

E.L.E. will release on March 3rd via Monstercat. Watch the full behind-the-scenes interview below.