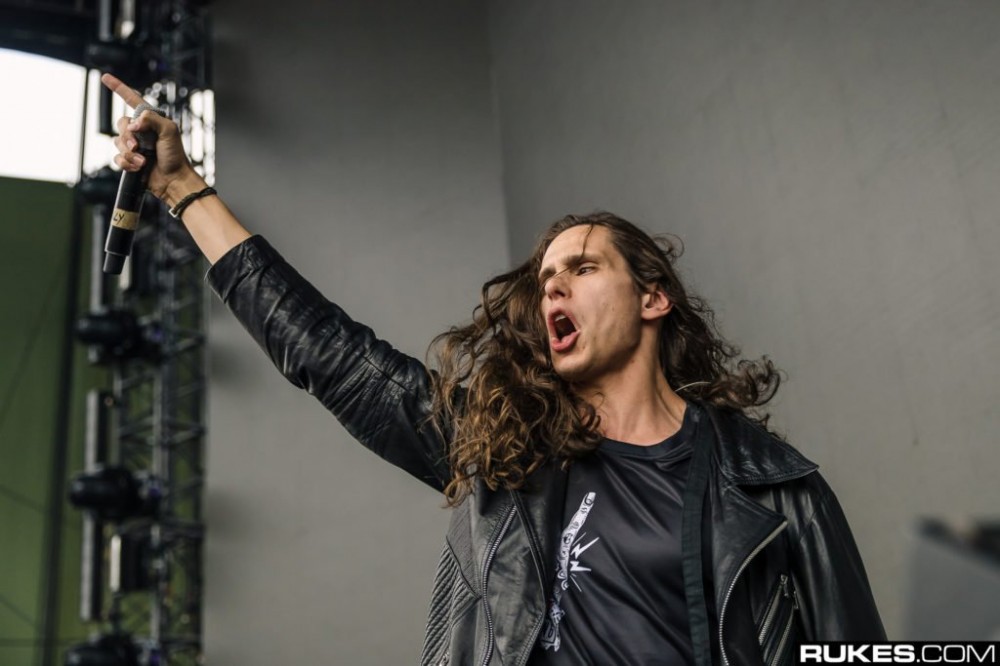 The world is good — Sullivan King has just announced his debut album and it’s coming out frightfully soon. Show Some Teeth is due out on Kannibalen on October 18.

Show Some Teeth comes at a great time for Sullivan King, who has become something a bass music MVP in the past year and a half, especially after touring with Excision. Now set to headline a tour his own in support the album, he’ll surely have plenty new material to show f both behind the decks and on his trusty axe.

Speaking to his debut album, he said, “This record fully embodies everything I want in my music. It’s me showing everything I have to give to fans and the world.”

With the announcement the album yesterday, he also released the title track with Kompany, “Show Some Teeth.” “Me and Keaton have been super overdue to collab on something,” Kompany said. “We put a WIP together for the Excision show in San Bernardino, that we were happy with. When we finally got back in the studio together again, we were able to take it next level.”

“Show Some Teeth” is a great combo the heavy dubstep that both artists specialize in, plus some epic guitar riffs that would make even JB in “The Pick Of Destiny” go, “Whoa.”

Show Some Teeth is available now for pre-save, along with already-released singles “Reckless,” “Breathless,” and “Bad Times.”

A full list upcoming tour dates can be found here. Additional tour dates will be announced on October 7th.