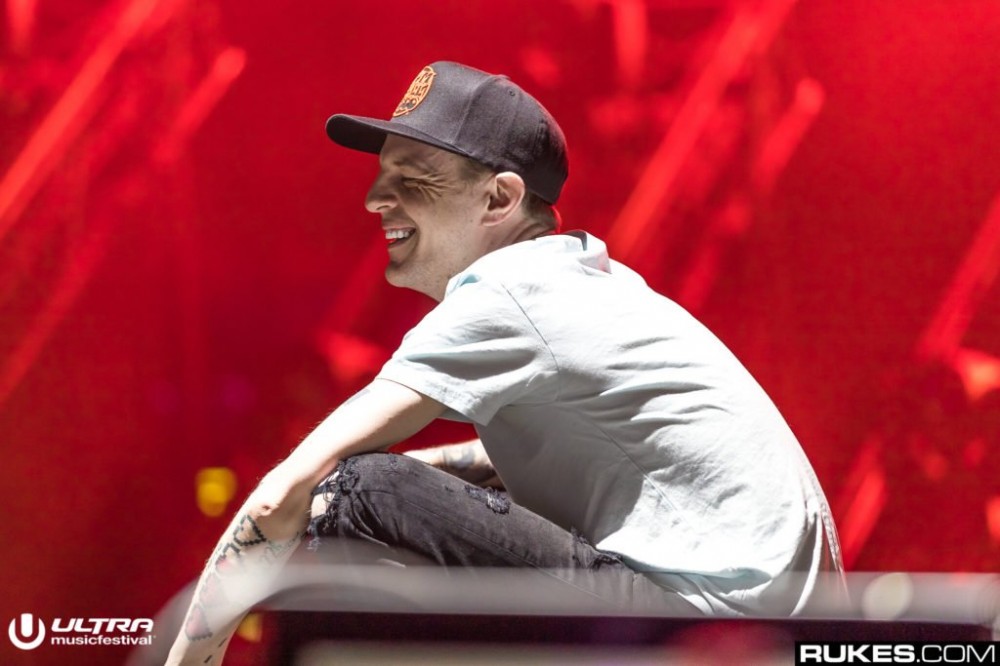 David Spade has a new show on Comedy Central called Lights Out, but one thing they’ve been missing is a house band. In the latest episode, Spade shifts his focus from a band to a DJ, and calls upon the talents deadmau5 to audition for the part.

Spade really hit his stride in comedy long, long ago, and this segment is a particularly strong highlight that fact. Still, mau5 goes along for the ride while Spade hurls backhanded compliments at him and does his best to stick it out until the end. Though, course, by the end, he’s had enough and says, “Fuck this. I’m gonna go shit in his hat.”

On another far more recent episode, Diplo was an actual guest on the show when Whitney Cummings pointed out that he and Spade were like a before and after each other. Thomas Lennon then looks at them both and asks, “Um… working out motioning toward Diplo]? Or crack motioning toward Spade]?”